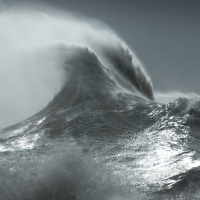 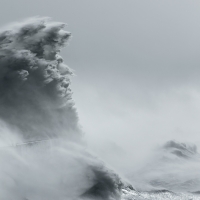 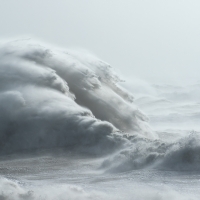 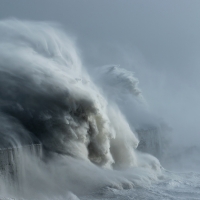 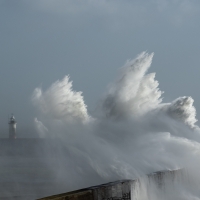 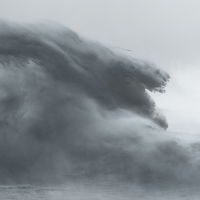 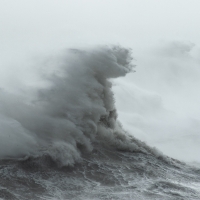 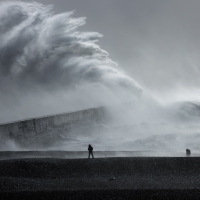 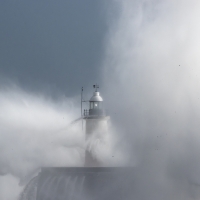 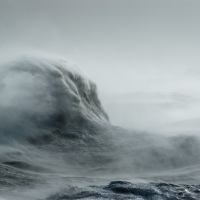 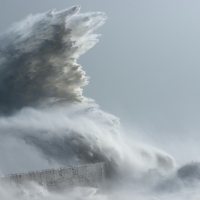 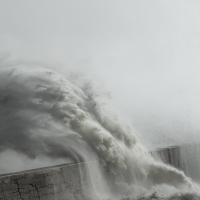 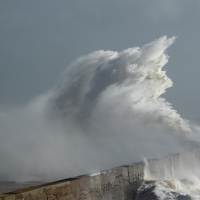 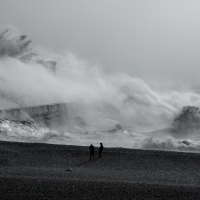 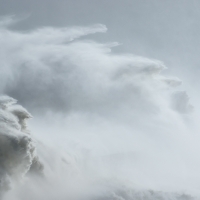 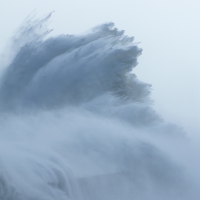 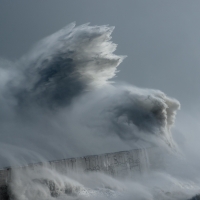 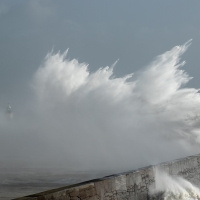 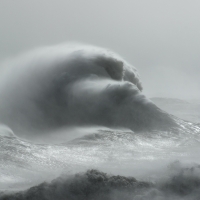 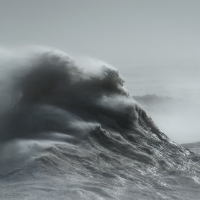 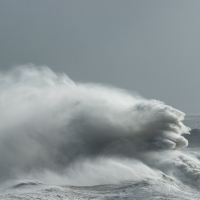 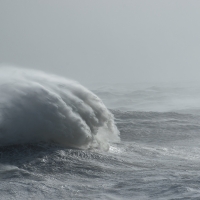 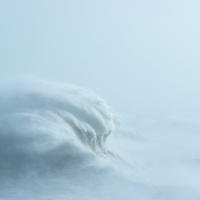 One of the most incredible days I’ve ever experienced. On the 18th February, 2022, Storm Eunice brought with it a Red warning from the Met office, with predicted winds of between 70 – 80mph. As it transpired, the winds far exceeded even these predictions, with a record 122mph recorded on the Isle of Wight. I made the journey down very early, to avoid driving during the worst of the winds. When I got onto the beach the winds were incredible, and I almost got blown off my feet on a number of occasions. Photographing was very challenging, staying upright was a constant battle, as was keeping sea spray off the lens, and focussing presented its own set of problems. I braved it on the beach front for a while before retreating to the shelter of the cliffs at the rear of the beach. This gave a different perspective, enabling me to take in the wider view, and include the figures to give a sense of scale.

I made a short video of the day, which can be viewed here, which I hope conveys Mother Nature at its most powerful.