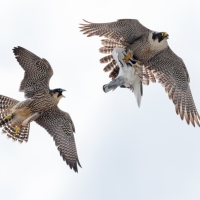 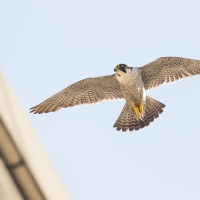 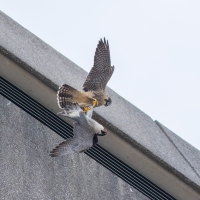 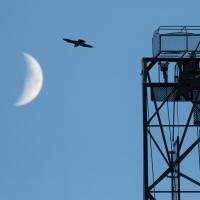 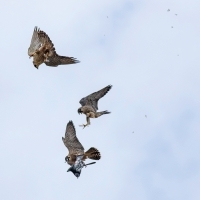 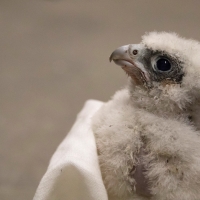 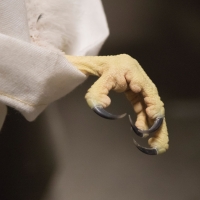 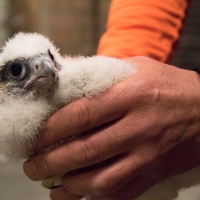 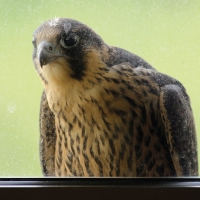 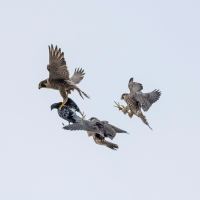 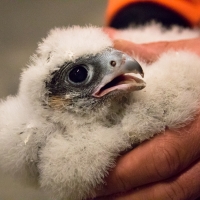 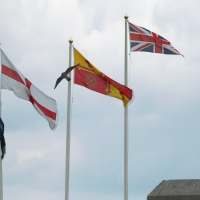 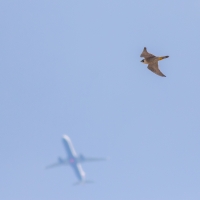 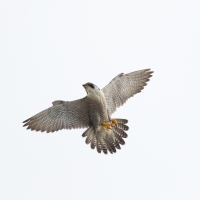 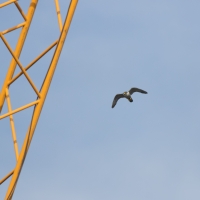 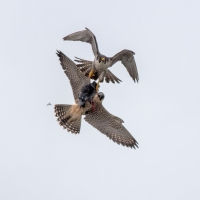 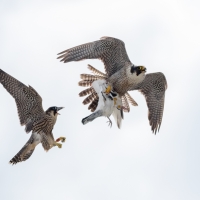 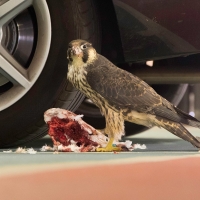 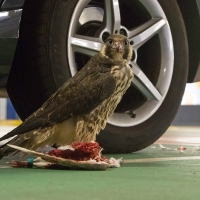 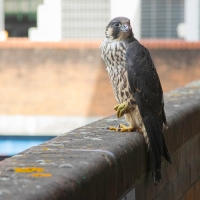 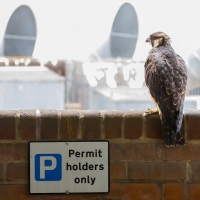 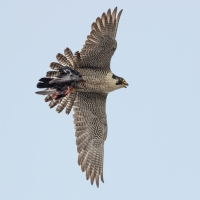 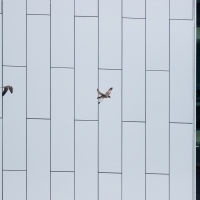 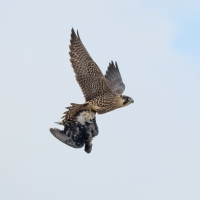 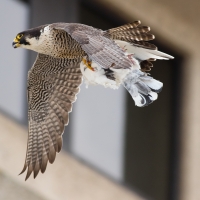 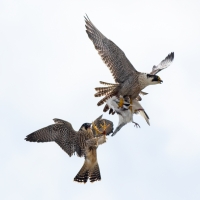 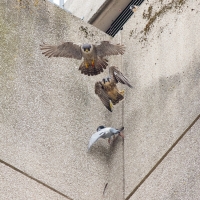 Over the past few years Peregrine Falcons have been visiting Export House, until recently the tallest building in Woking, and being fortunate enough to work inside the building it was a perfect opportunity to study and photograph these wonderful birds. The project began in earnest in 2016 with the installation of a nest box and webcam. Four eggs were laid that first year, with two making it to fledging, and the webcam generated large viewings figures across the globe. Over the next five years they became one of the most successful breeding pairs in the country. In July 2020 the Falcon was found dead in the Peacocks car park, so bringing to a close this particular chapter.

To mark the five years we produced a commemorative book ‘The Woking Peregrine Project – The First Five Years’. The first print run sold out in a day and a half, so we reprinted, and that then sold out within a day.

In December of the same year a new female arrived on the scene, and so began a new chapter in their incredible story.