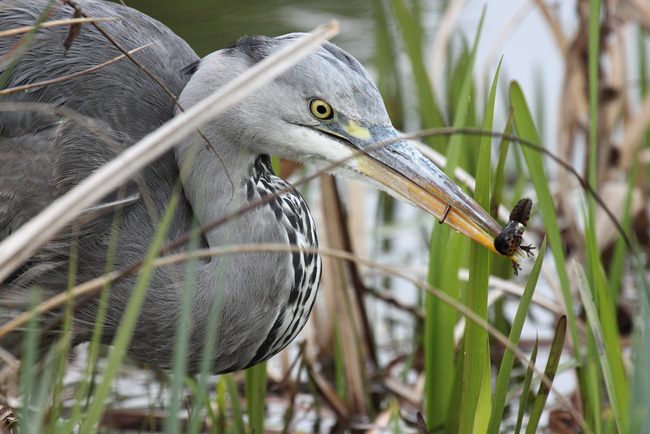 I went up to the London Wild Bird Watch event at the London Wetlands Centre in Barnes today along with a few birder friends, Ryan and Euan, along with Euan’s neighbours John and Shelagh. In the car on the way up they tried to convince me that they were birders, not twitchers. Whatever. Mind you, I’m usually met with the same response. It was a beautiful morning, so upon arrival I obeyed my first rule, to strike while the iron is hot, and got straight out with the camera, conscious of the fact that the weather was forecast to close in come the afternoon. I headed along the South Route, making my way directly to the Wader Scrape Hide at the far end.  The Scrape is quite sheltered, not least by the Sand Martin bank to the left, giving a nice flat, reflective water surface. Definitely don’t want choppy conditions if I can help it. I was rewarded with a Lapwing and a Redshank feeding in the shallows. 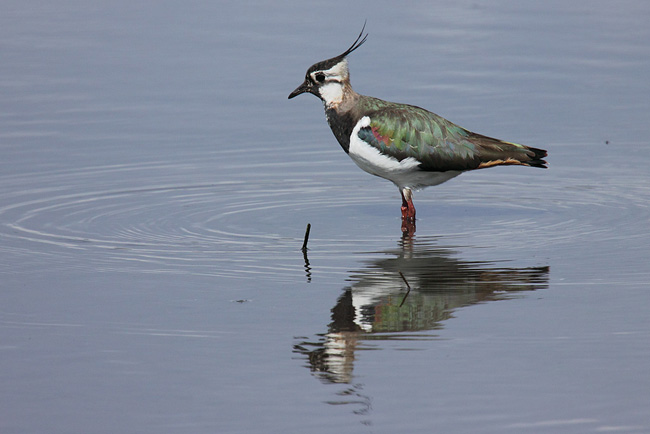 I think Lapwings are beautiful and unique looking birds, and I’ve been wanting to capture one for a while so this was one off the list. The Redshank was a nice bonus. 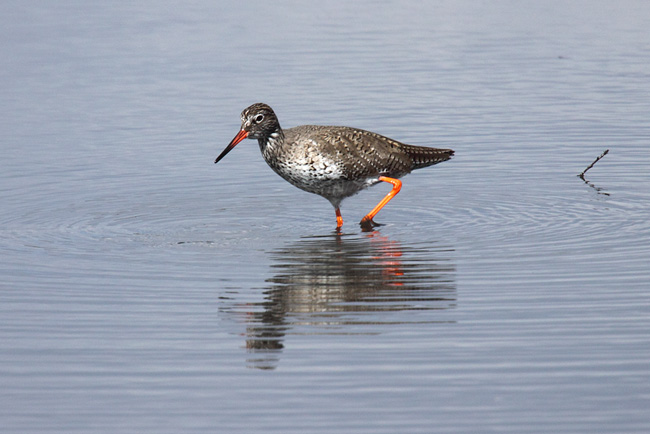 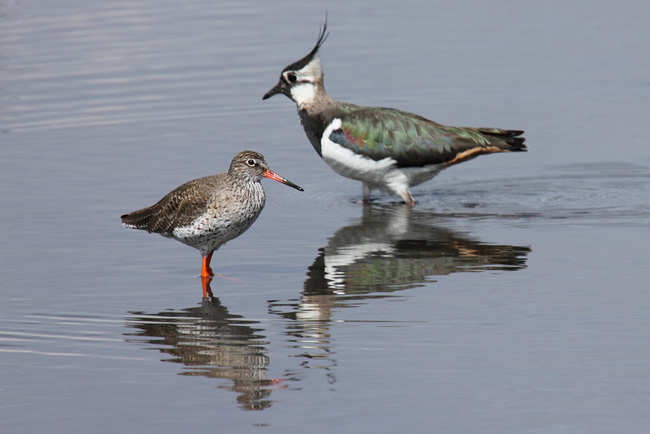 At one point the pair of them crossed paths. Nice.

Then as luck would have it I noticed the Little Grebe very close to the hide. Another off my wanted list. 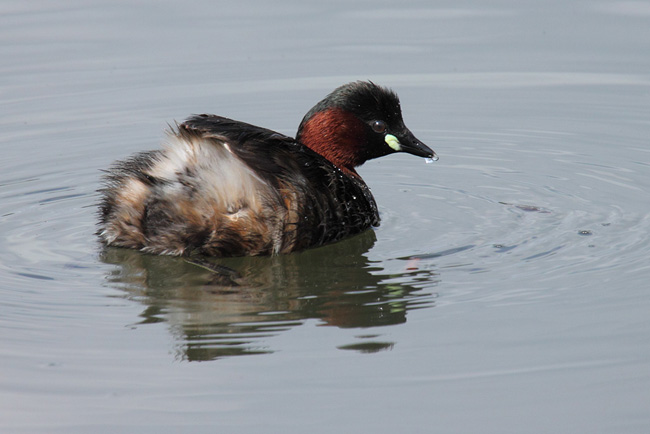 Returning back to the Cafe a group of people were huddled round some old wood. Turns out there were a few Common Lizards sunning themselves. Time to obey the second rule, don’t look a gift horse in the mouth. So despite the fact we were all supposed to be meeting up for lunch I got the tripod out and began setting up… 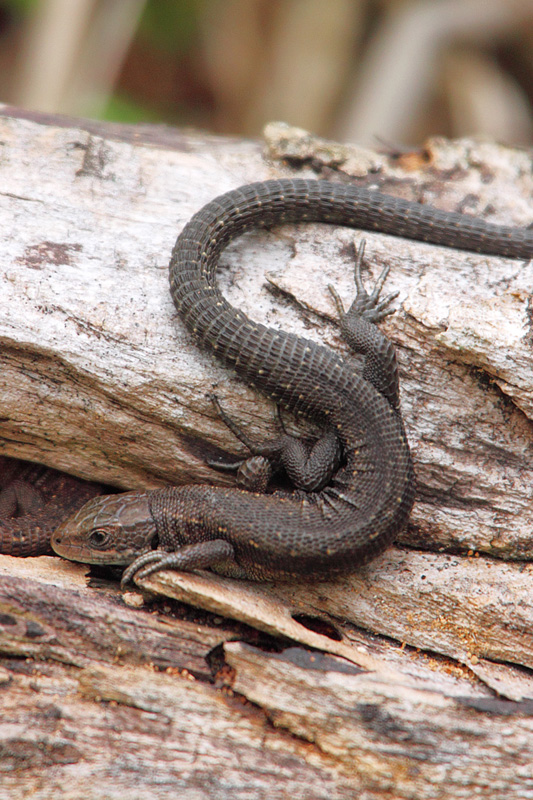 If this were a snake then the 'S' would be really relevant and would show what a great conceptualist I was. But its a Lizard. Unfortunately.

As if the Lizards weren’t enough (I know, I was beside myself) I then spotted some beautiful fritillaries. What’s more there were bees collecting pollen from them. Rule number two kicked in again. 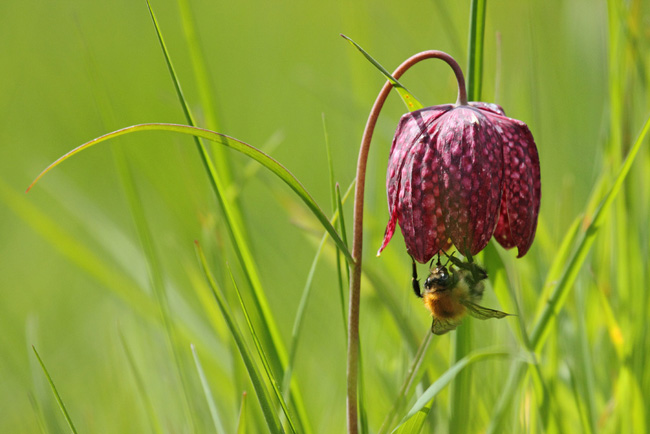 Fritillary with a Bee collecting pollen 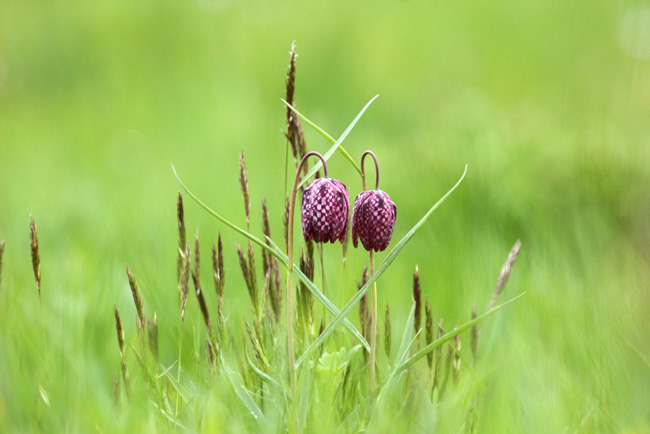 All these distractions meant that by the time I’d got back to the Cafe my ‘friends’ had finished their lunch and got up. At the time I blamed it on the rain that had begun to fall, but in retrospect I think it was resentment that I know all twitchers feel toward photographers. They would never admit it of course, but they seemed mighty keen to lose me. Ah well, people say I’m paranoid… I know they do.

Undeterred, we all headed off together to the main marquee to hear a very interesting talk from Simon King. Simon spoke passionately about maintaining the enthusiasm for nature in the coming generations, before moving on to some of his favourite subjects, foxes and otters. I think the highlight for me though were the live webcams watching over the Peregrine Falcons nesting in Charing Cross, a stone’s throw from the Wetland Centre. He then topped it off by bringing on a captive Peregrine to the stage, a stunning bird. Throughout the talk the rain thundered down on the marquee roof to such an extent it made it difficult to hear at times! We’d done well to get out in the morning as conditions had definitely taken a turn for the worse.

After the talk we had a good look round the stalls, of particular interest to me was Oliver Smart’s stand, some stunning photography, definitely worth checking out if you get the chance. The sharpness and detail blew me away. I avoided the Canon stand as I knew any sudden impulse buys wouldn’t go down well with the missus. Or the bank manager.

We then headed out via the West Route and another chance to photograph Little Grebe presented itself. 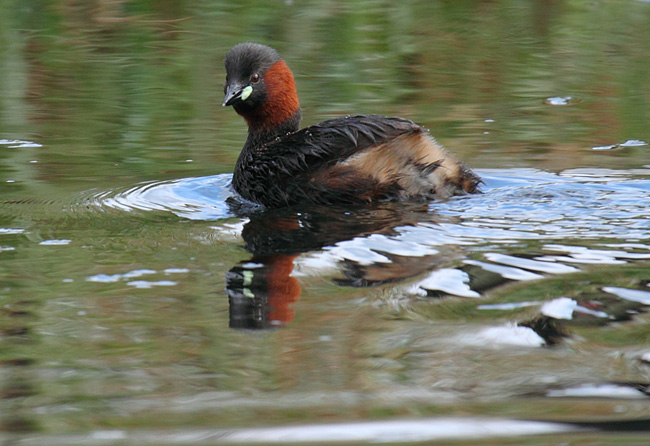 This little fella gave me the complete run around. Not long after this shot he dived down and quite simply never came up again. I looked everywhere but couldn't find him. He's probably still down there now.

Returning from the Wildside Hide a Heron landed very near. This could at last be my chance to get a decent Heron shot. 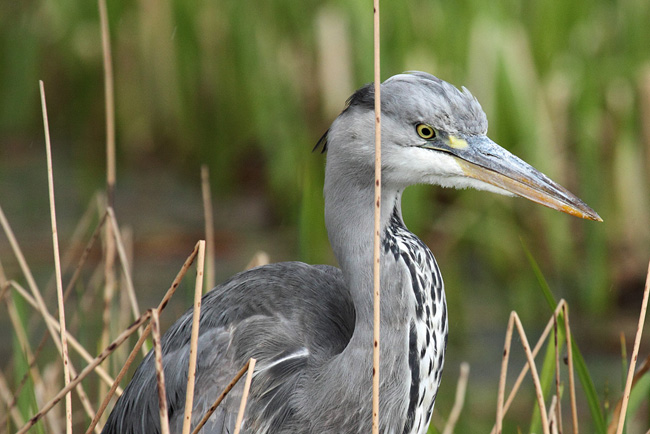 After a final trip along the South route we headed home, just about beating the rain once more. A very enjoyable day, and glad to at last have got decent shots of Little Grebe, Heron and Lapwing. Euan seemed happy with his ‘list’, 48 species apparently. It’s a different world.