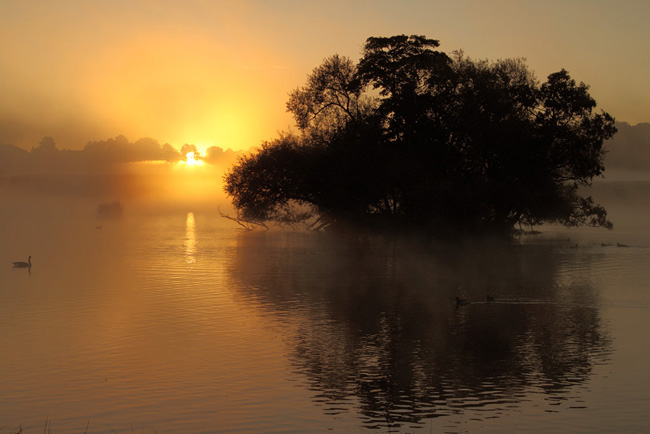 Richmond Pond in the Mist

After my success last year I couldn’t wait for the annual deer rut to come round again. Just as with last year I thought I’d go up a week or two early to try my luck, especially with a bright, clear morning forecast. With the sun set to rise at 6.45 I set the alarm for 5 o’clock and headed out. I didn’t have to go far for my first wildlife experience of the day. As I walked to the car something shuffled behind the car on the opposite side of the road. I assumed it must be a fox but as it emerged the other side it was in fact a badger! Quite possibly the first I’d seen that wasn’t lying dead on the side of a road. I had no idea there were badgers in my culdesac, now I’m dying to know where the set is. Possibly in number 22’s front drive, who knows.

When I arrived it seemed that the hoped for mist wouldn’t materialise, but as I headed for the pond there was a nice layer of mist hanging over that was beginning to spread.

London Skyline from Richmond Park. Looked absolutely stunning, like something out of Mega City Four, and I wasn’t about to pass it by. I just can’t get enough of the Shard, it’s an awesome building. This is a stitch of 3 photographs

As the sun rose the pond looked absolutely beautiful so I swapped lenses and got a few as the sun broke through the mist. I was in a real dilemna, there were many opportunities at the pond, but the great light wouldn’t last for long and I was here to photograph the deer. 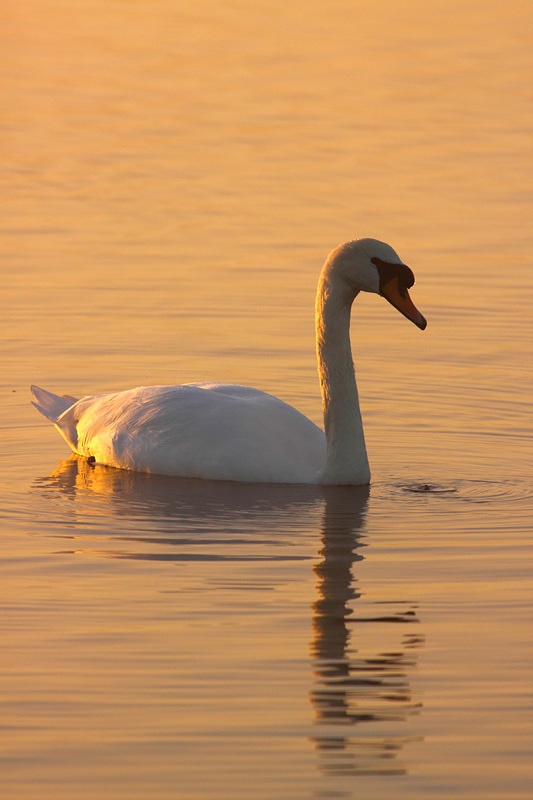 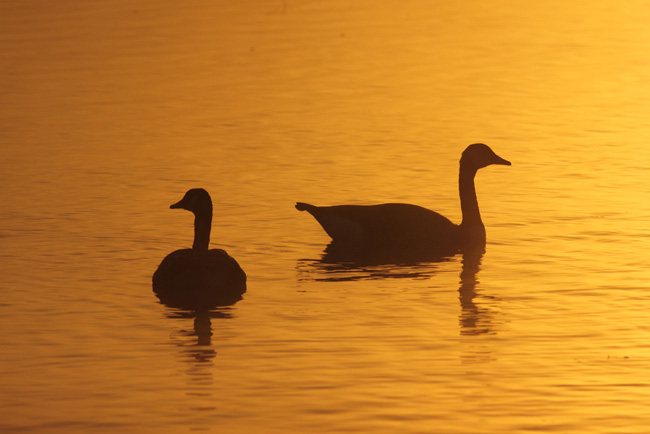 So after grabbing a couple of shots of Swans and Geese I headed in the direction of the bellowing. As things weren’t in full swing there wasn’t too much to go after, but as a stag emerged from the mist behind the pond myself and 2 or 3 other photographers all descended on it, which sent it packing in the direction of away. This wasn’t going to be easy. 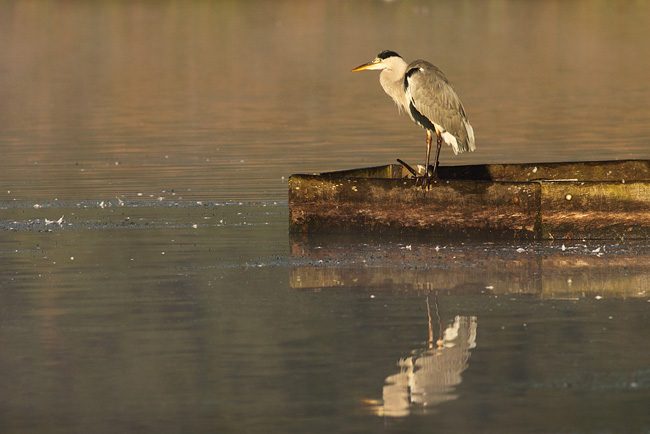 Heron, Richmond Pond, Richmond Park. A perfect Heron shot has always eluded me so when I saw one posing nicely on the pond I headed back. I’ve always wanted to get one in flight. It was sod’s law that as soon as I turned my back to photograph a stag behind me the heron took flight. One day. 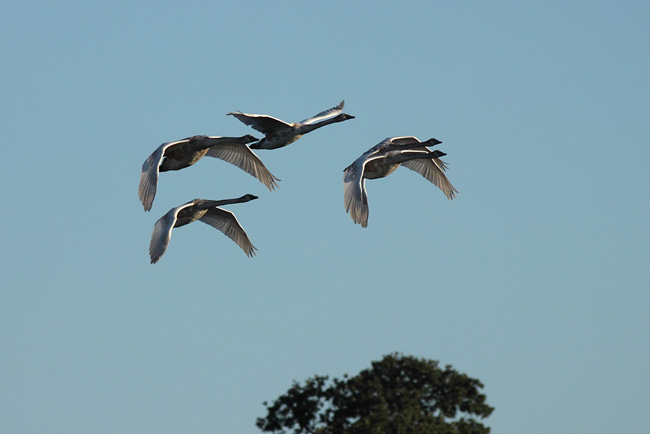 The shot I’d had in my mind of a Stag emerging from the mist, bathed in the rich, golden first light had by this time, along with the mist, evaporated. Undeterred I solderied on hoping to catch something that might compensate. I’d failed last year to get a single decent shot of a fallow deer so it was quite nice to get the shot below. 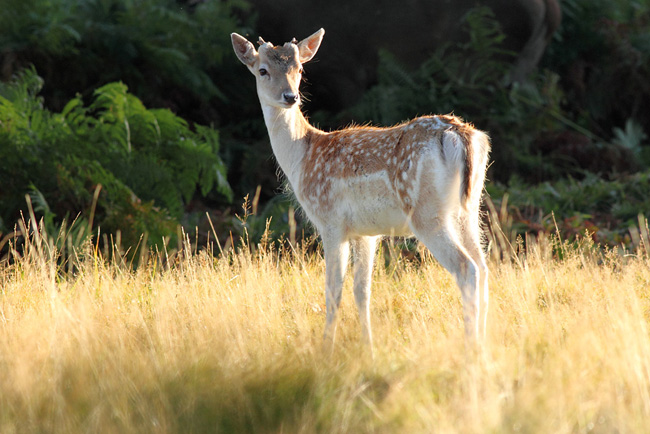 The jackdaw was having a really good go at this young deer’s head and ears, but the deer, far from being annoyed, looked to be in heaven. Occasionally the jackdaw would go too far and find itself shaken off, but he was very persistent. A nice bit of behaviour to witness and photograph. 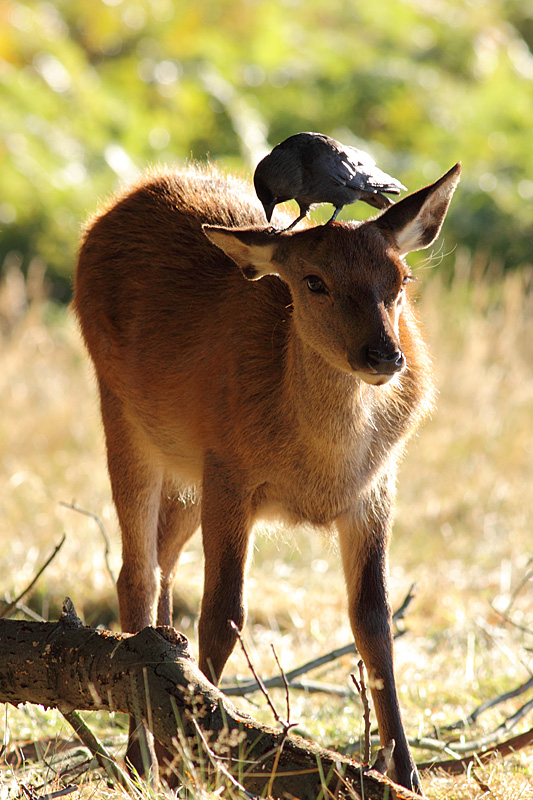 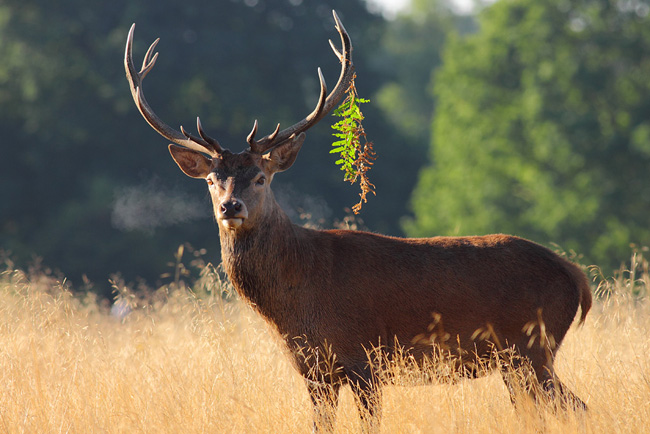 By now the best of the light was gone and I headed home. I actually felt a little disappointed on the way home, but reviewing the shots I actually think the morning was quite a success.

There was, of course, still that niggle that I hadn’t got what I was after, so I returned the following weekend. The forecast for the Sunday was for a clear start clouding over soon after, so there was a small window of opportunity, and despite a tiring Saturday wandering around Peppa Pig World (not on my own I might point out) I knew I had to give it a go.

The sunrise was beautiful, and although there was absolutely no mist to speak of there was at least going to be some sun. I met  a young photographer by the name of Yusuf Akhtar, and together we headed down the hill and turned right toward the clearing to the right of the pond. A large stag with an impressive bellow was in full view. As we tried to get in front of it it continued onward and it felt for a while as if it was going to be fruitless. Eventually however, he came to rest amongst a small group of younger Stags. It must have been the local Stag hangout. I was then able to get the Stag in front of me with the fast rising Sun behind, and he duly obliged with a few more impressive bellows. 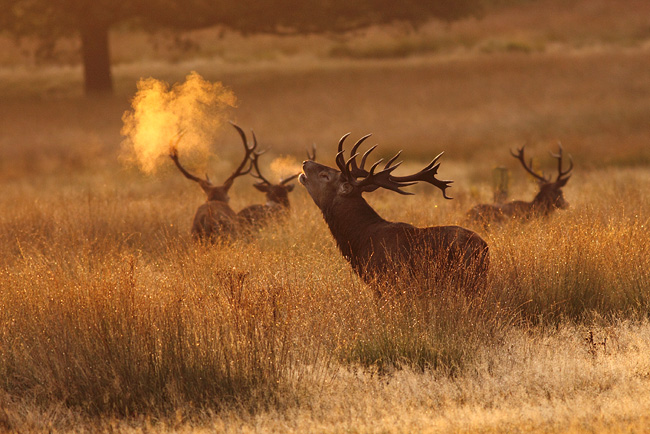 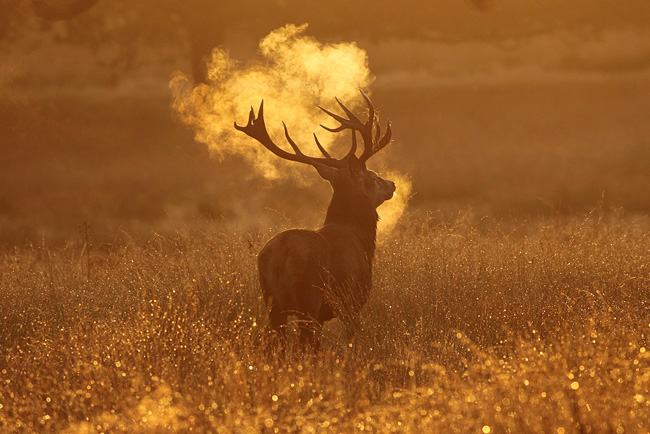 Bingo! It was quite an adrenaline rush knowing I had the image in my head playing out before me, so I was very relieved to find I’d got it, and got it sharp. The first of the two images in particular has been very successful. Both made Flickr Explore, and then the first was featured in the Flickr Blog, which saw it’s hits go through the roof. It’s currently had over 4,000 views, by far my most successful image to date.