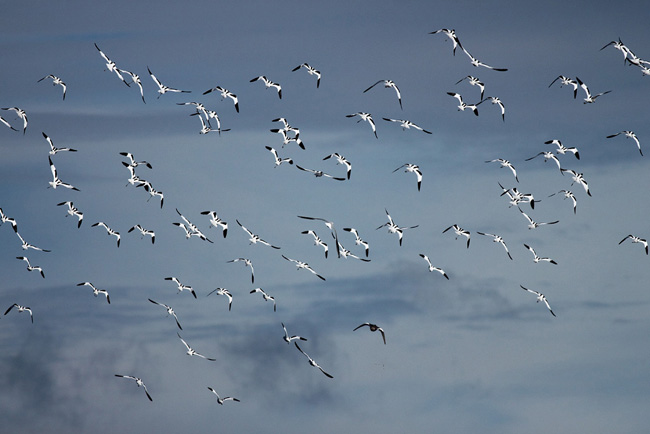 First there was the annual membership to the Royal Horticultural Society. Then there was the wearing of green Dunlop wellies without a care. I even started noticing the flowers on roundabouts. Middle age was well and truly here. As if I was in any doubt, the final nail in the coffin was travelling down this weekend to Poole on a Stag Do that was actually a two day birding extravaganza, or to give it it’s proper title ‘Boo’s Big Birding Bonanza’. Ryan had finally decided to tie the knot, and rather than a booze fuelled weekend in Serbia taking in strip joints he instead elected to indulge his passion for birds, along with Euan, Mike, John and myself. Just Mad.

As we drove down on Friday afternoon, the heavens opened and it didn’t look too promising at all, but we hoped that the forecast for sun on the Saturday would hold true. Ryan had booked a great bungalow at Bestwall Park near Wareham, overlooking a lake that backed on to the estuary. I’d highly recommend it to anyone looking for accommodation in the area, it couldn’t be better positioned, especially if you’re into your birds. Every morning, or at least every morning we were there, a barn owl would fly across the lake bang on 7 o’clock. Walking around the lake we saw a buzzard, a kingfisher, black tailed godwits and a large number of smaller birds. In the evening all the starlings gather on the masts of the boats that are moored there. On the lake itself are many coots, with both Great Crested and Little Grebes to keep the coots honest. We even found a snake under a heavy pipe just outside the back door. You can find out more about the bungalow here. 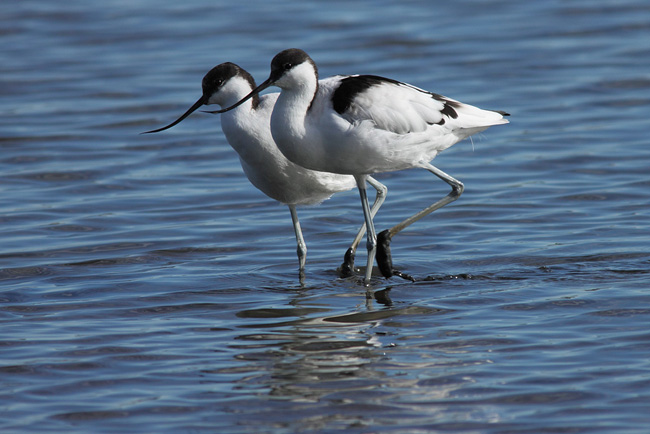 By Saturday morning the rain had stopped and after a big fry up we headed to Poole and got on the boat across to Brownsea Island. The weather very soon cleared up and for the rest of the day the sun was out. Our first stop were the hides overlooking the lagoon, and I was hoping to get some more shots of the Avocets. I wasn’t disappointed, there were a number of them feeding very close to the hide and I was able to get a few nice ones. The others had by this time moved onto the main hide that juts out into the lagoon, and I could see a little egret feeding very close to it, so I hot footed it over and managed to get a number of the egret before it flew off. 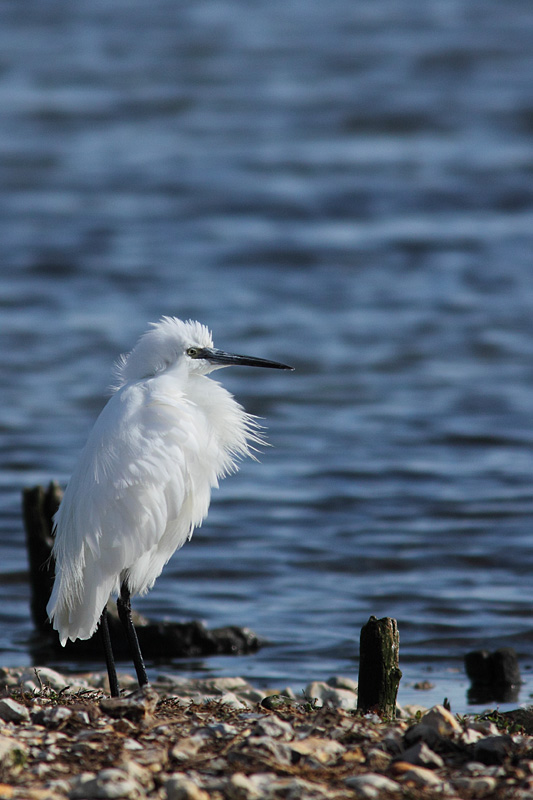 We then made our way to the feeders at the Villa to try and get some shots of the Red Squirrels. The Nuthatches were making good use of the feeders, and I was concentrating so hard on them, that I didn’t notice the Red Squirrel two yards in front of me scaling the tree! 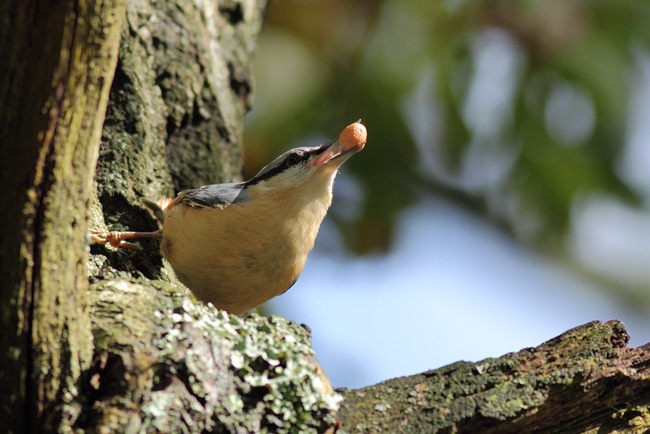 Nuthatch at the Villa, Brownsea Island 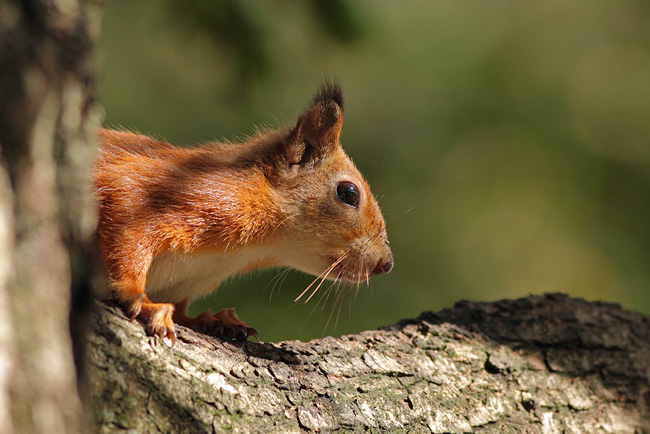 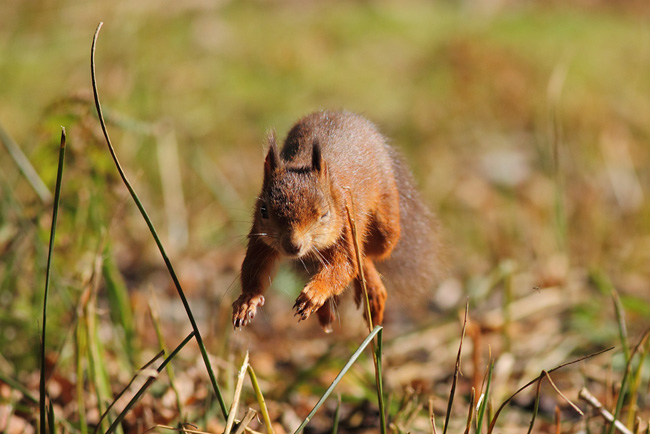 After an hour or so of crouching at the base of the tree I decided it was time to try a couple of other locations so moved on out of the DWT reserve and headed up the trail to see if I could have any success at the spot where I’d photographed them the year before. As I reached the brow of the hill it looked perfect, there was still some colourful heather, all I needed was a squirrel to sit on the brow of the hill and I’d have the perfect shot. And then a squirrel did indeed appear, just where I wanted him. Did I get him? Errr, no. A slight panic ensued where I tried to get him in frame and focus, but by the time I had he’d seen me and was gone. Damn. Despite waiting another half hour or so, he never came back and I had to admit defeat.

As I followed the trail round I came to the opening where there was still some heather in bloom. A peahen and her two chicks were there and promptly raced up to me. A benny hill style chase then ensued as I continually tried to get far enough back to photograph them whilst they continually tried to hunt me down looking for food. 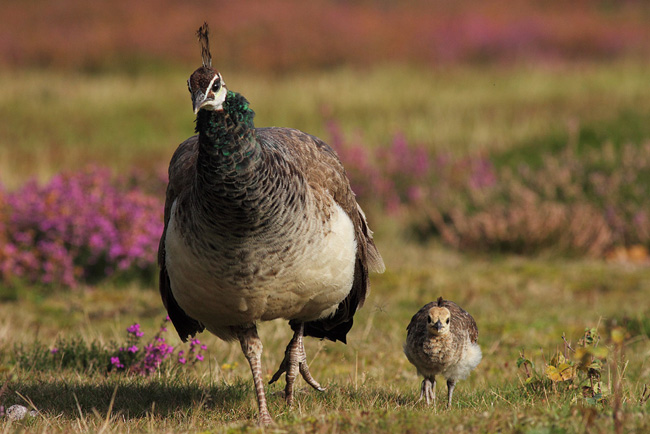 After all that I felt it was finally time for a visit to the Cafe, so off I went and had a very nice
cheese and chutney sandwich and cappuccino. Whilst on the phone to Euan I spotted another squirrel that had scaled the wall and was heading toward the feeder. I quickly cut Euan short and lay on the grass for the next 15 minutes waiting for the squirrel to come back down off the feeder and across the grass. This was one hungry squirrel, he just stayed in the tree, and once more had to admit defeat and meet up with the others to get the ferry back. 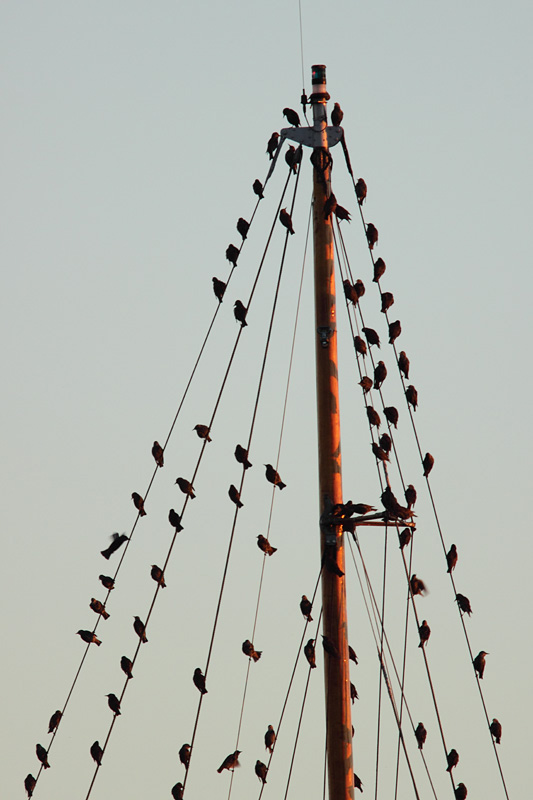 I couldn’t complain though as I’d got some great shots and was more than happy. That night we went into Wareham to the Quay Inn and had a good meal, and got treated to Wareham’s finest in the shape of ‘Professional Singer/Songwriter’ Martin Pitt. At least that’s what the promotional poster said. After he’d crucified Phil Collins ‘In the Air Tonight’ we felt compelled to leave and fortunately made it back in time for Match of the Day. The moon was large in the sky and almost orange, so I couldn’t resist getting the camera out when I got back. There was also a beautiful mist over the lake and I began to get excited about what tomorrow might hold. As I walked back inside I banged straight into the glass pane that I thought was the open door and clattered my head hard! One too many methinks! 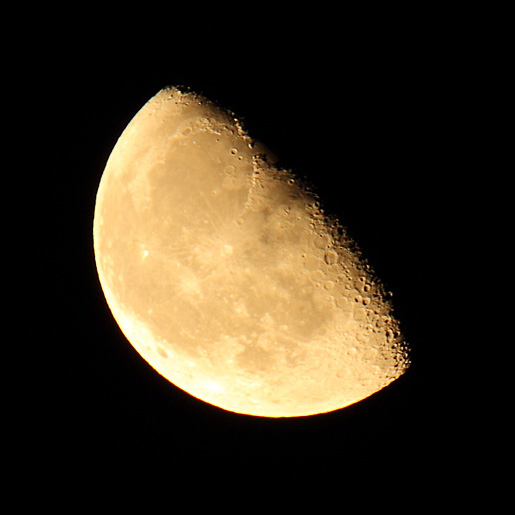 The next morning the need to wee was all consuming and when I got up I could see the most beautiful sunrise with a heavy mist over the lake. I quickly threw some clothes on and headed out to capture it. Amazing. 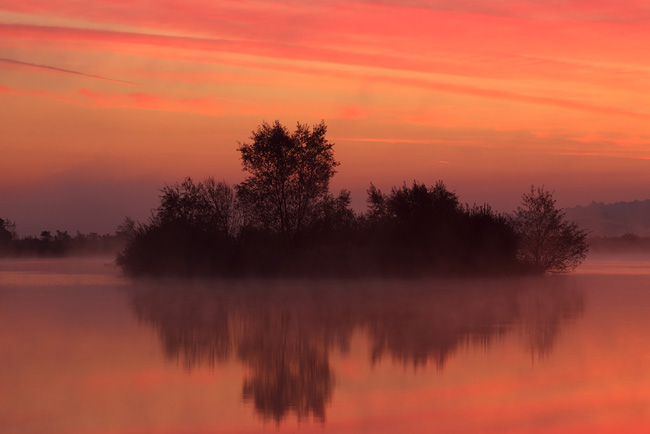 Sunrise over the Lake, Wareham

Euan and I then headed round the lake and managed to creep along so as not to disturb the Black Tailed Godwits feeding in the morning light. 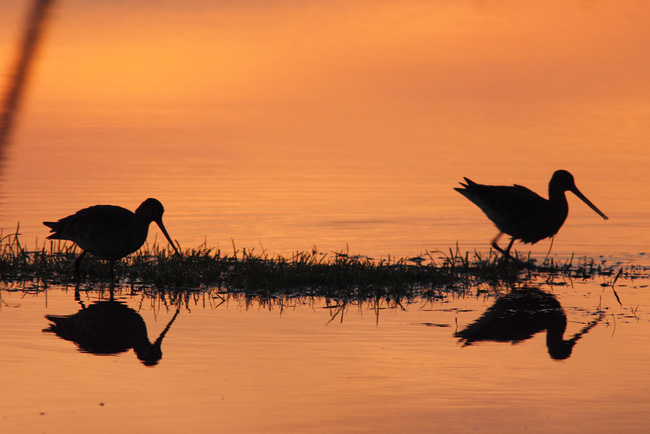 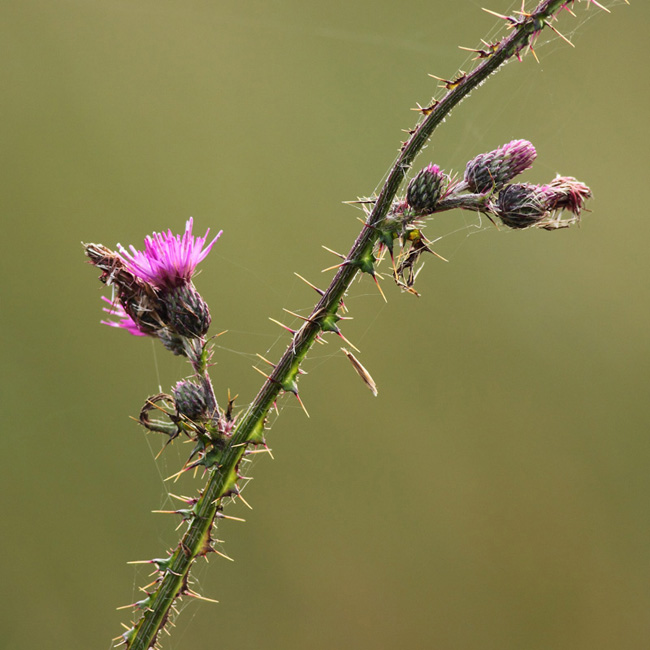 After another fry up and clearing out the bungalow we headed to RSPB Arne. It was pretty quiet and there wasn’t a lot to see, most the action was by the feeders at the car par, with Nuthatches, Chaffinches, Great Tits, Blue Tits and a Woodpecker all making an appearance. 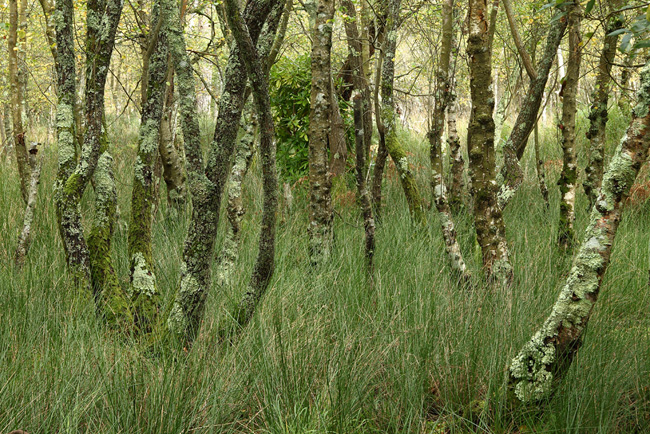 After doing a circuit on the right hand side of the reserve we then made our way to the hide, on the way bumping into Simon King carrying a large camera over his shoulder. There wasn’t much to see from the hide so I headed over to the right where there was a herd of Sika Deer. I managed to get pretty close, and although initially they were wary they soon decided I wasn’t a threat and ignored me. 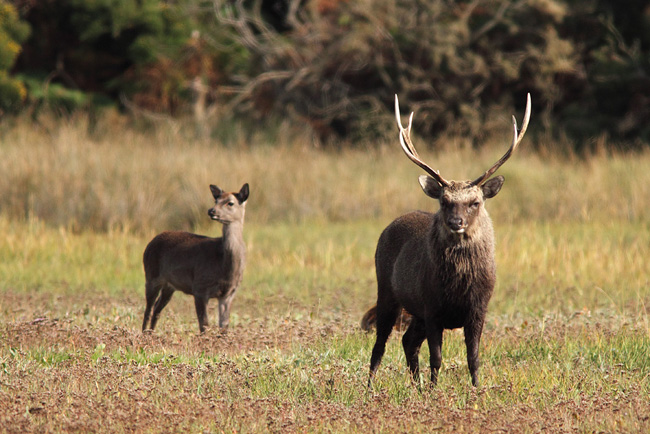 Sika Stag, RSPB Arne. Simon King had disappeared somewhere off to the right. 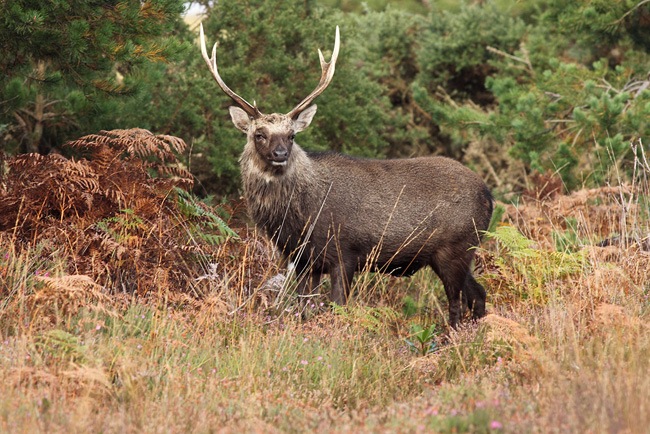 Sika Stag, RSPB Arne. Think he’d maybe come off worse in a rut, his eye looked in a bit of a sorry state.

On the way back we came across a lone young Stag who seemed pretty chilled with our presence. His demeanour changed when a large Stag ran up behind him, leaped over a barbed wire fence and headed straight for another Stag that was moving in on his harem. He soon saw him off and calm was restored.

After what must’ve been 5 or so hours on our feet we made it back to the car park. By now I was completely spent and promptly had a nap in the car on the way home.

A great weekend had by all, many thanks to Ryan for organising it all, and I’ll look forward to next years visit! Now where’s that Argos catalogue, I need to buy myself a nose hair trimmer.