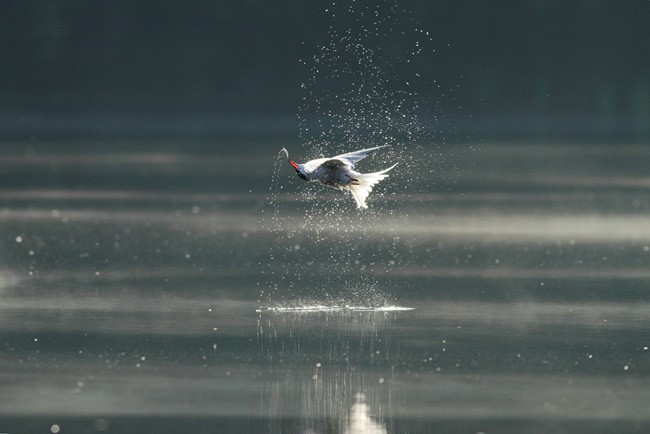 A Tern doing a, errr, turn.

* My alternative headline for this was ‘Tern, Tern, Tern. Tern, Tern, Tern’, a little play on the Travis song, but decided it was a little tenuous. Or maybe that should read tedious. Just like Travis.

But I digress. For anyone who’s read this blog for any length of time will know I have something of a soft spot for the Great Crested Grebe. I spent a good part of spring and summer a couple of years back photographing a couple of Grebe pairs at different locations nearby.

There were still a number of shots I had in my head that I still hadn’t come to fruition, and I’dalways intended to go back at some point and finish what I started. Whilst on the way back from somewhere I drove past this large pond and noticed a pair of Grebes. I stopped the car to take a closer look and was delighted to see that the female was carrying  chicks on her back! This was one shot in particular that was still on my wish list. 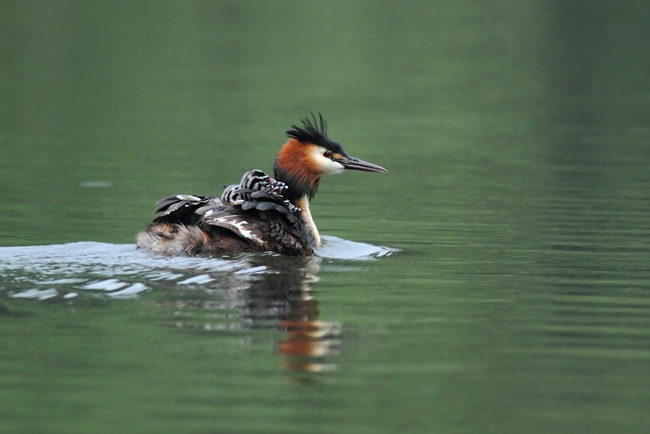 It was only when I got this shot loaded onto the computer that I realised there were 4 on the back!

I returned one evening after work and managed to get one semi decent shot, but with the light levels really low the quality wasn’t great, so I knew I’d have to give it another go. Time was of the essence as they don’t stay chicks for very long, so I returned at the weekend. 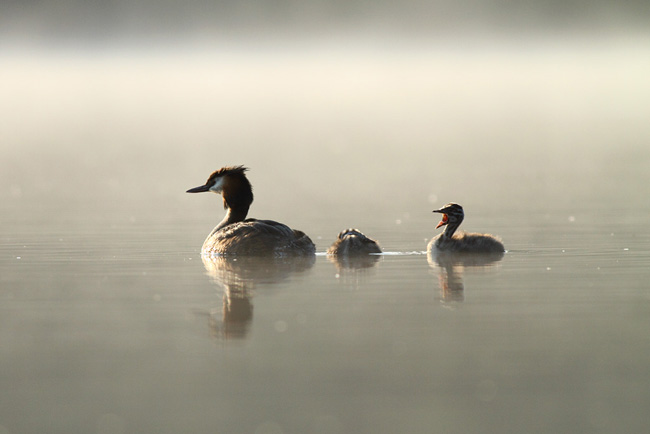 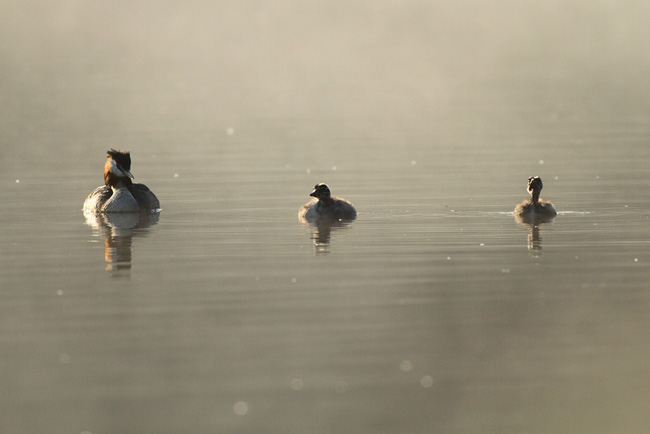 Hold it right there you three!

When I got there conditions were perfect, a mist had developed, and I realised that the nest was very close. The only problem of course was that it was partially obscured, so I couldn’t get a decent shot and they weren’t moving for toffee. (Maybe I should have tried offering them something else instead). 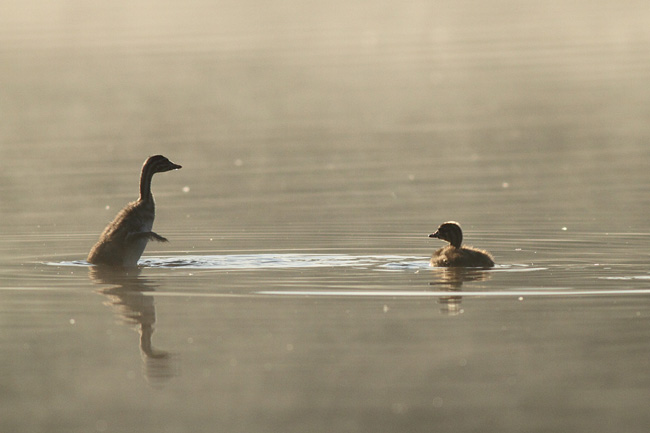 I believe I can fly!

However, I then noticed that there was a second pair of Grebes further round with two chicks, and they had ventured about ten yards from the bank. So I made my way around the lake, more in hope than expectation, and had to negotiate a very marshy area that left me fearing for my camera, but I made it onto the platform at the edge of the lake and lucky for me they hadn’t moved. In fact they stayed right where they were and seemed perfectly at ease with my presence. It was a magical moment, the light and mist were just beautiful, not a hint of wind, and I got down low and snapped away for around ten minutes before they eventually swam away. 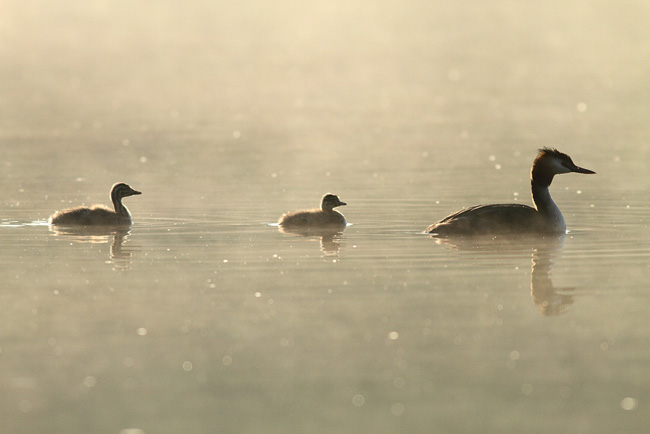 I thought I’d then return to the original pair and see if there was anything happening. When I got back the mother and chicks were still on the nest. I was lucky enough however to catch the male coming back with a fish in his mouth. It’s a shot I’ve tried several times before to get and failed, but thankfully this time I got it! 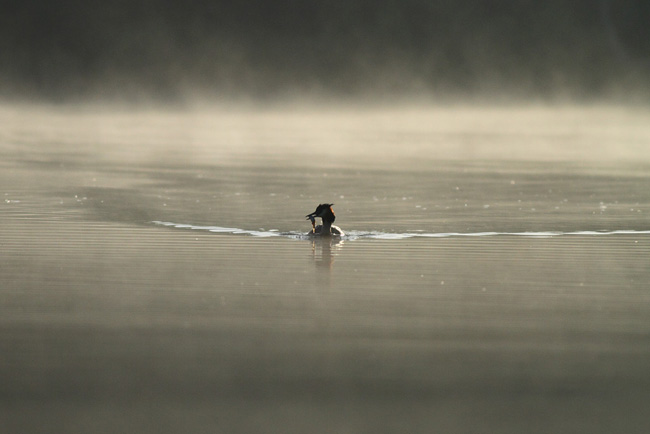 The returning hero. With 4 hungry mouths to feed he’s certainly got his work cut out. 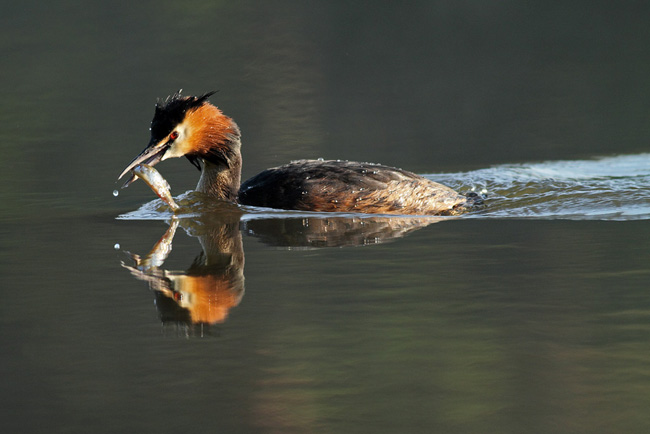 I’ve been trying for so long to get a shot like this. Finally got it!

Not wishing to look a gift horse in the mouth I thought I’d stick around a little longer. A Common Tern was circling the pond and diving for fish. I knew this was potentially a good opportunity, as he was being beautifully backlight by the early morning sun. When he dived again I shot off a burst of frames, but I couldn’t possibly have realised how lucky I’d be when I reviewed them. In one of the frames he’d turned upside down, with the water spiralling off his beak. A rare moment when everything comes together to deliver something totally unexpected.

I also saw a Kingfisher flying fast and low over the surface of the water. A real hidden gem of a pond, I’ll be sure to return here soon. 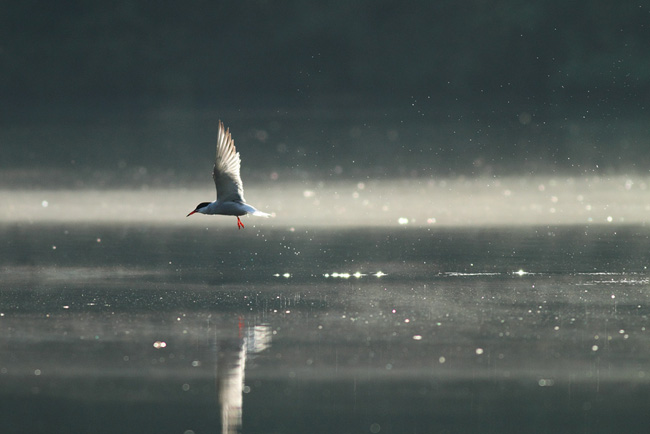 Very happy with this shot. The mist, the waterdrops and the backlighting all come together very nicely.