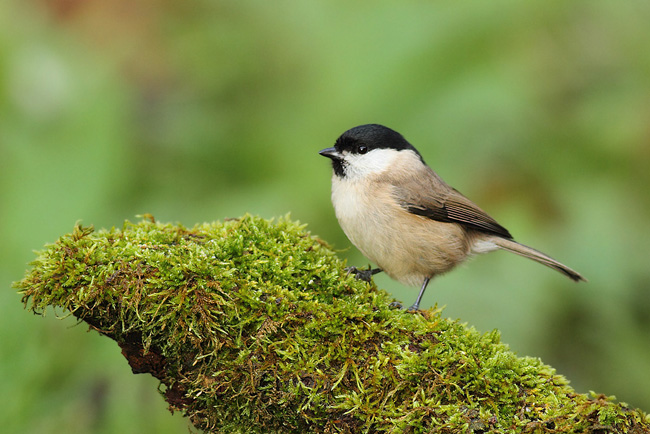 Marsh Tit, Newland’s Corner. Nice to finally put this perch I’d half inched from Tomlin’s Woods to good use, and nice to get the bird I came for.

Just before Christmas in the middle of the cold snap, I’d made the journey to Newlands Corner, hoping to get some landscapes covered in hoar frost. It looked great on the Hog’s Back and I figured with Newland’s Corner being so high up I would see more of the same. Sadly, when I got there it was disappointingly ice free. So I thought I’d have a little look by the feeders and get some snaps. The light wasn’t great, but I was delighted to see there was a Marsh Tit in the area. Their population has been in steady decline, and I’d certainly never seen one before, so a first for me. I also spied a very colourful Bullfinch, and behind the Visitor Centre I saw a couple of Tree Creepers. I resolved to return on a better day and try my luck. 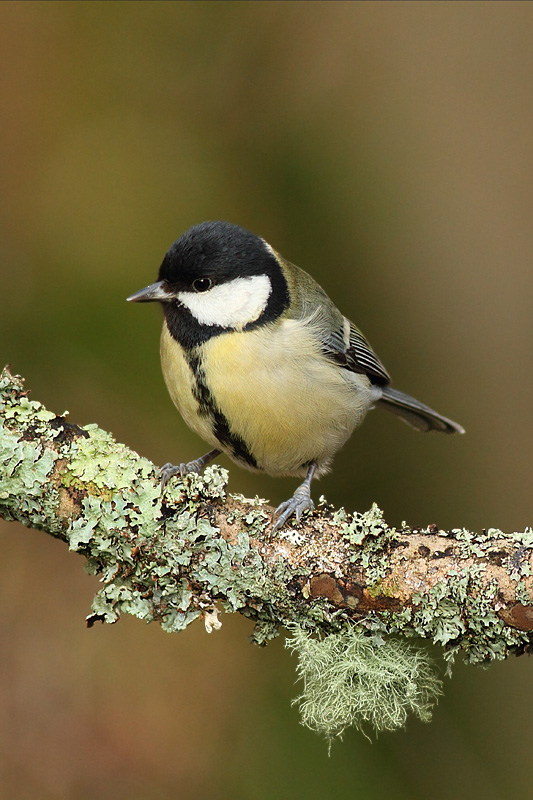 Just a Great Tit I know, but I really like this shot, especially the detail in the lichen! 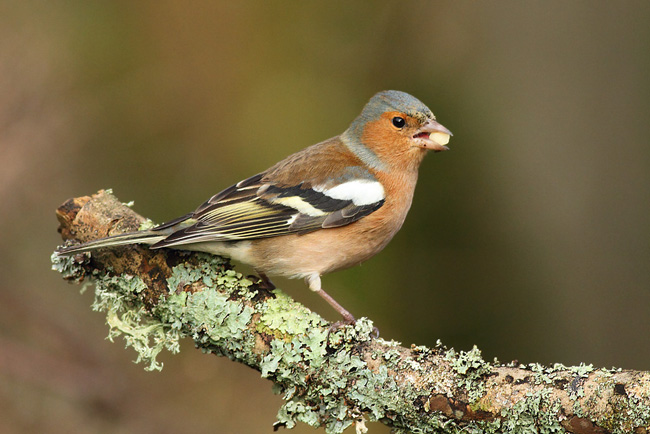 I don’t really get Chaffinch’s round my way, so always good to see and photograph such a colourful bird.

I returned fully equipped with a couple of lichen and moss covered perches, as well as a plentiful supply of nuts. At first there was nothing but the usual Great and Blue Tits, but after a little while the Marsh Tit came in, and fortunately for me, wasn’t at all shy. More than can be said for the Nuthatch. Although I’ve photographed them a few times I’m still yet to get one I’m entirely happy with, but today I got perhaps my best yet. 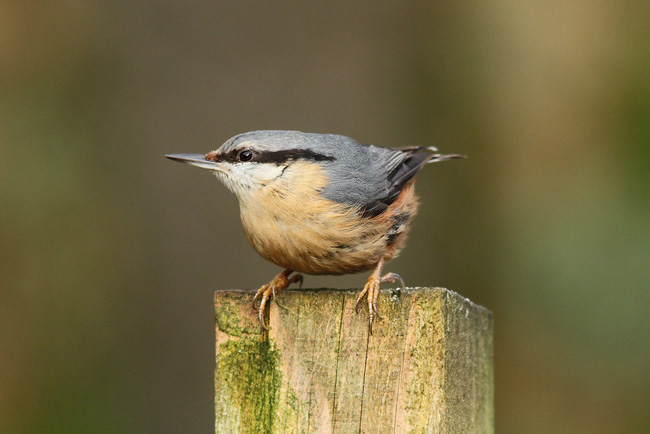 I find these really difficult to photograph. They’re really quick, and really quite nervous, so unless you’re already focusing on the spot they land on you don’t stand a chance.

Light levels still weren’t great, the clear skies that had been forecast didn’t really materialise, so I was pushing a high ISO with exposures between 1/200th anf 1/400th of a second. Having recently upgraded from the 500D to a 7D I feel I can get away with it a little more, but it’s not ideal. I’d still rather get a good sharp shot with a little noise though, than a noise free but blurred bird. 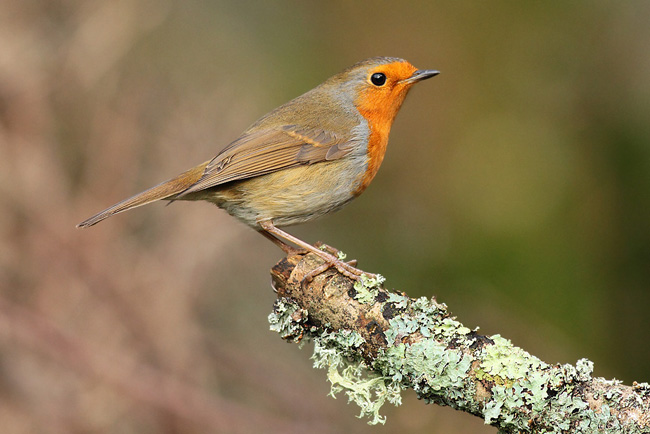 A Robin, doing what Robin’s do best, trying to bully all the other birds away.

After having lured in the birds with the nuts, I then noticed that the Marsh Tit was feeding on the nuts on the ground right in front of me, so I returned to the car and got my mossy ground perch out, laid it down, and covered the area liberally with nuts! It worked a treat, not only did the Marsh Tit pose nicely on it, but the Nuthatch was becoming increasingly bold and landed right where I wanted him. Even the Jay got over it’s shyness and came right in. 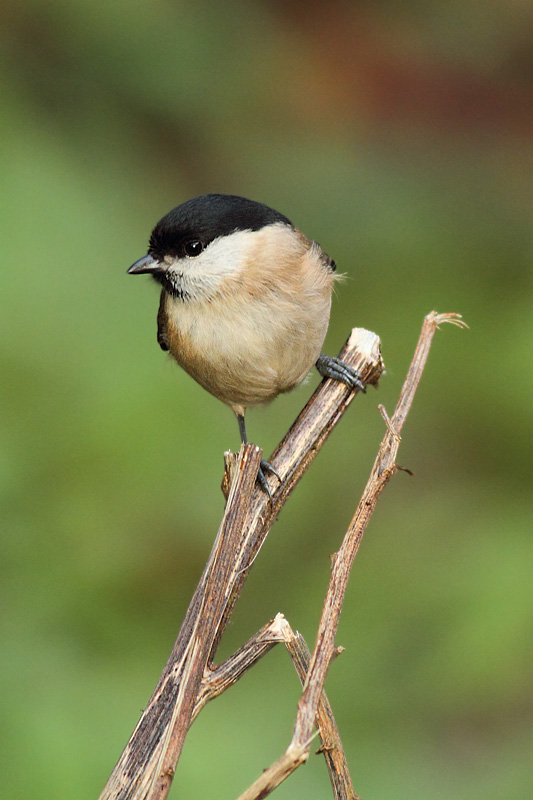 He wasn’t more than 9 feet from me here, and cared not a jot. 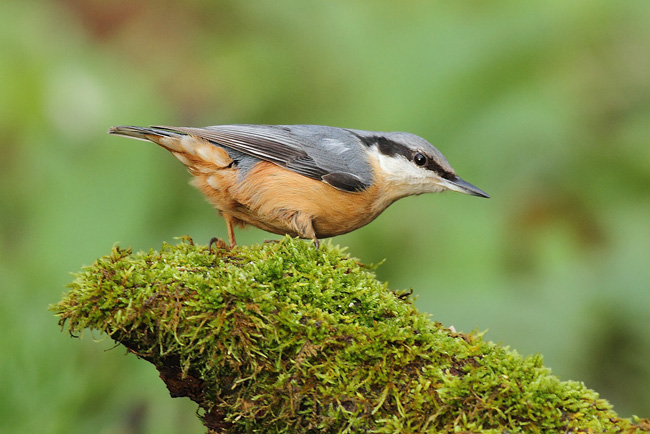 So glad to finally get this kind of shot. It took a few failed attempts, but I think this was about as good as I could hope for. 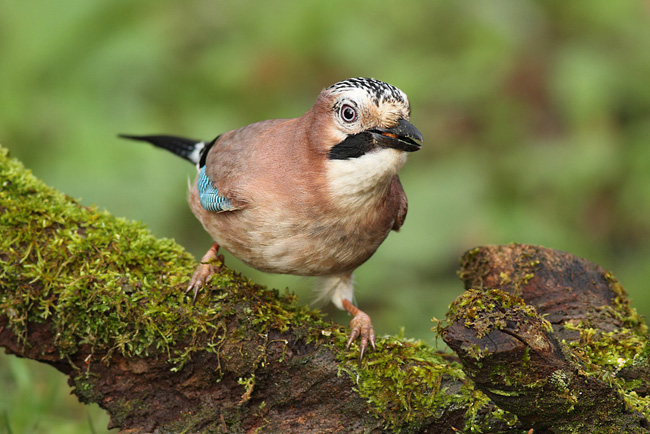 I’ve never got this close to a Jay before. The main problem was fitting him in the frame. Very greedy he was, I had to stand up to shoo him off before he nicked all the nuts and left nothing for the others.

I returned again in mid March, keen to get some more of the nuthatch. It was far brighter second time around, and with shutter speeds of around 1250th sec I was able to freeze the movement of the nuthatch completely. 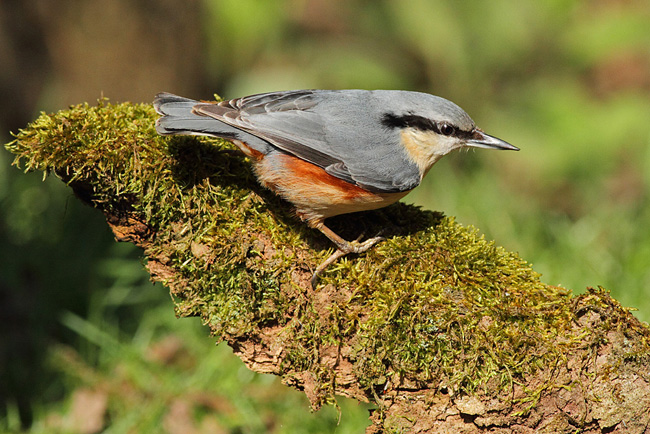 The Marsh Tit was still around but not quite so bold this time, but a Pied Wagtail paid a visit, a nice bonus. 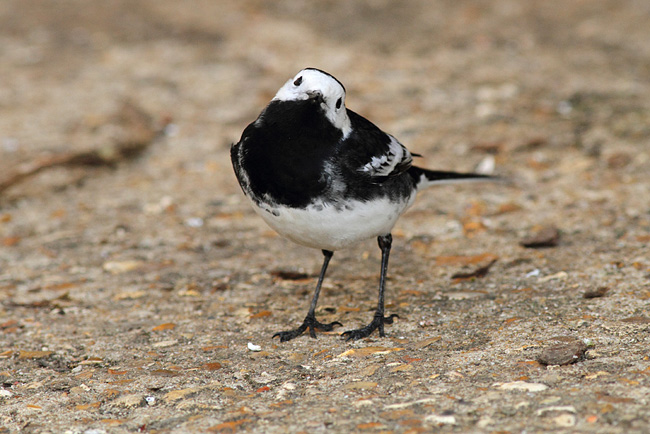 I promised myself no photos of Robins, Blue Tits and Great Tits, but the Robin looked so good I couldn’t resist. 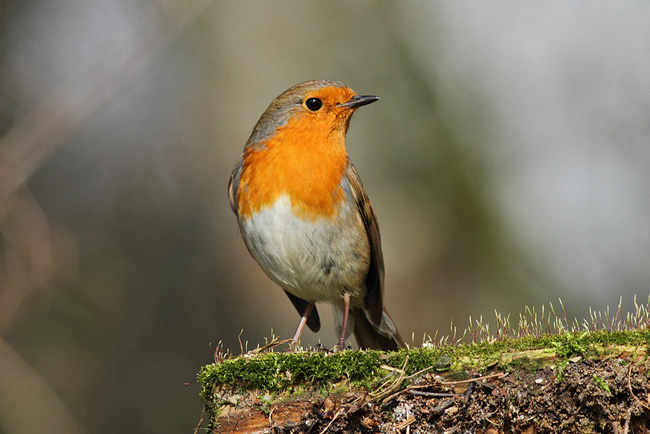 Robin, Newlands Corner. Far easier to photograph than the nuthatch.

I think I’ve finally got the nuthatch out of my system now, so I can move on!