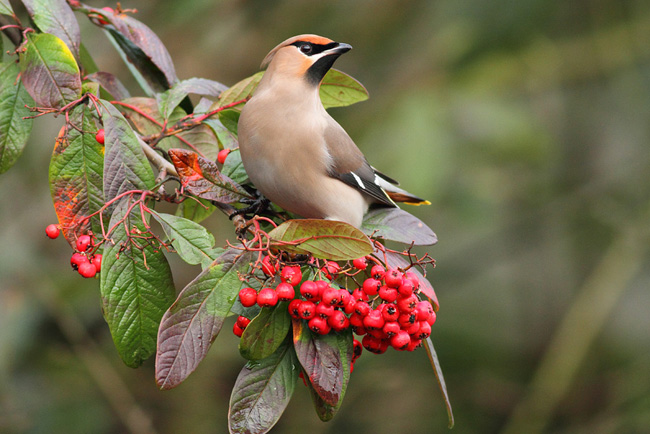 Ever since Chris Packham plotted the Waxwing invasion on Autumnwatch a couple of years back I’ve been fascinated by these beautiful birds. If the berry crop fails in Scandanavia then they’ll make the pilgrimage across the North Sea and feed on our Rowan and Pyracantha. I didn’t think I’d be in with a chance of seeing them, but then around January/February my brother told me they were feeding off the apple tree outside his house! For whatever reason I was never able to get over to photograph them, but then not long after they turned up at the end of my garden. It was just a passing visit unfortunately, but I did manage to get a couple of shots a little later, in March, when I was photographing Grebes at Basingstoke Canal. They were high up in a tree, so the shots weren’t great, and ever since I’ve been keen to get some decent ones in the bag. 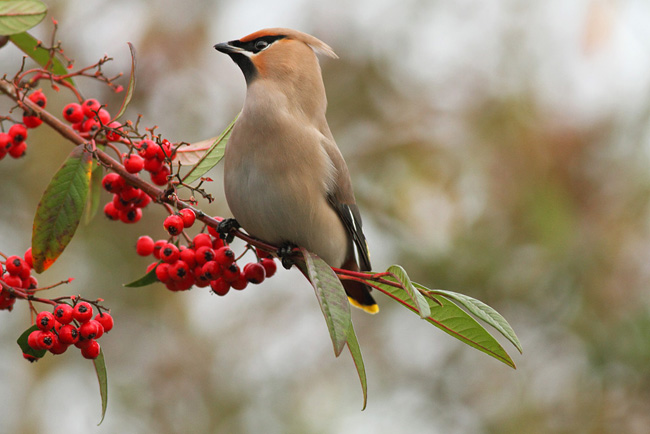 Last year there wasn’t much of an invasion, but this winter seems to be far better. Reports started showing up on the Surrey Bird Club site of them making an appearance in Ewell, then it was Woking, and then finally in Farnborough, at North Camp Station. It seemed too good to be true to have such an exotic looking bird in that most unlikely of wildlife havens that is ‘Norf Camp’.

The week they arrived the weather was, for the most part, pretty awful, but on the 30th the rain stopped, the sun came out, and I made the five minute journey to the station. When I got there around 30+ waxwings were feeding off the berries, but they very soon departed, and then the rain came in. With a little time on my hands I was prepared to wait this one out, along with around a dozen or so other photographers all with their long lenses and tripods. When I got talking to them it turned out a couple of them were photographers I was familiar with on flickr, namely Aaron Gee and Mark Slokey, so it was good to finally meet them. 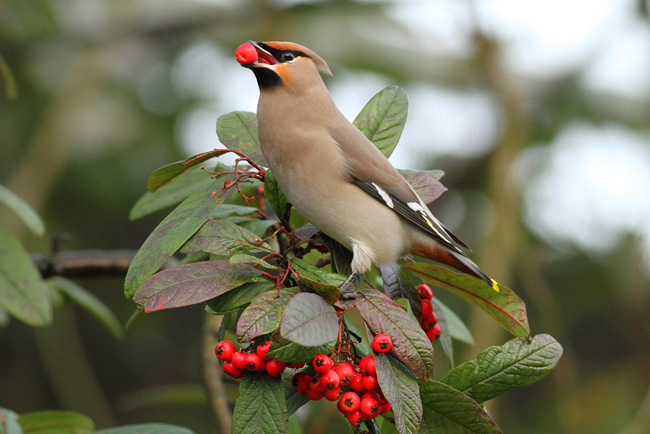 The rain passed off, and not long after the waxwings returned, and this time they stuck around for an hour or so, perching high up on a tree on the opposite side of the road, before all flocking to the berry trees to feed. They spooked pretty easy, and all quickly returned to the safety of the opposite side, but the lure of the berries was too much for them, and every time they flew in they were greeted with the sound of a dozen shutters all firing off continuously! 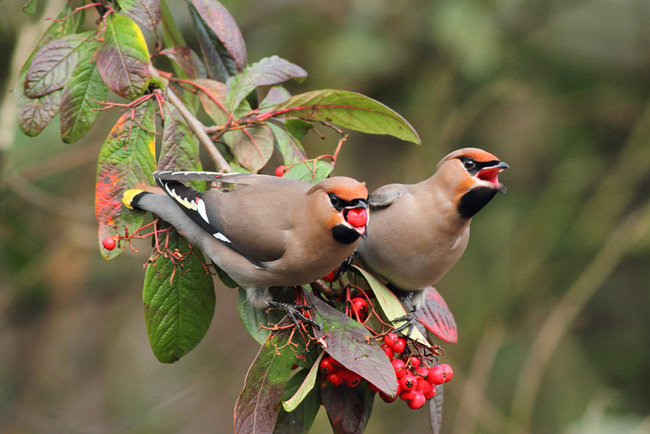 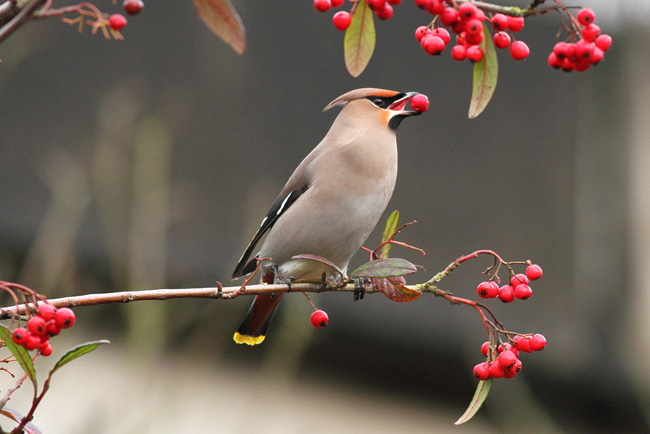 The contrast of the black hoarding works well here to separate the bird from the background.

Although the blue skies didn’t return I wasn’t too bothered, I was very happy to get to photograph them at such close quarters. It was sod’s law that the next day, New Year’s Eve, it was a clear day with blue skies, but unfortunately I had a prior engagement. I was still tempted to make a quick diversion, but decided my marriage was more important! Still, at least I’ll have something to aim for next year… 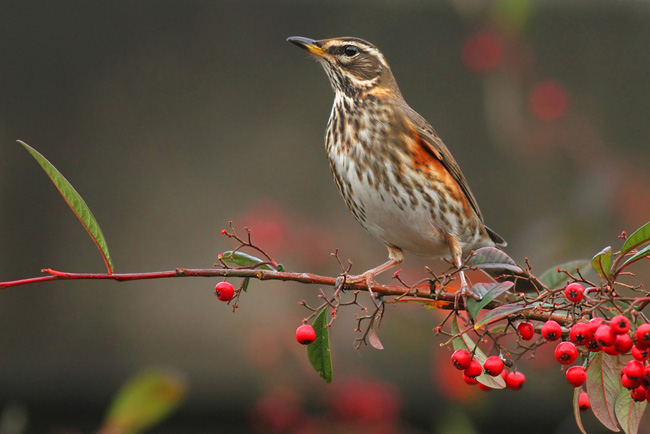 Redwing, North Camp Station. Although I was there for the Waxwing, I think this shot is probably my best from the day. Another attractive visitor from Scandanavia that we only see this time of year.