My wife has, for as long as I’ve known her, always harboured a love of all things Russian. So for her 30th Birthday I thougt I’d surprise her by organising a long weekend in Moscow. It was only once booked that I began to read tales in all the travel guides of the widespread corruption and intimidation practised by the local police, giving on the spot fines for ‘passport irregularities’. We tried not to worry and boarded the plane with an open mind. On going through customs it was apparent that Russians weren’t the friendliest of people, and things only got worse when in Red Square I tried to pay for Pizza with a large note. The girl behind the counter was beside herself with rage! Blimey, I thought. Returning to our hotel on the Saturday night after a night at the Bolshoi (when in Rome) we had a car pull over from the other side of the road, with a couple of blokes getting out and shouting at us. We just kept our heads down and kept walking and thankfully they got bored and drove off. Moscow is indeed a very intimidating place. I’d like to say the receptionists at the hotel were very pleasant, but they couldn’t have been less helpful if they’d tried. It seems to smile in Moscow would hurt.

All that said, Moscow is an incredibly fascinating place. The history of the place is amazing, to see the likes of the Kremlin and Red Square something else. The hotel we stayed in was one of Stalin’s ‘Seven Sisters’ that he had built in the Fifties to compete with the American Skyscrapers. A beautiful piece of architecture. The view from our hotel window was pretty special. 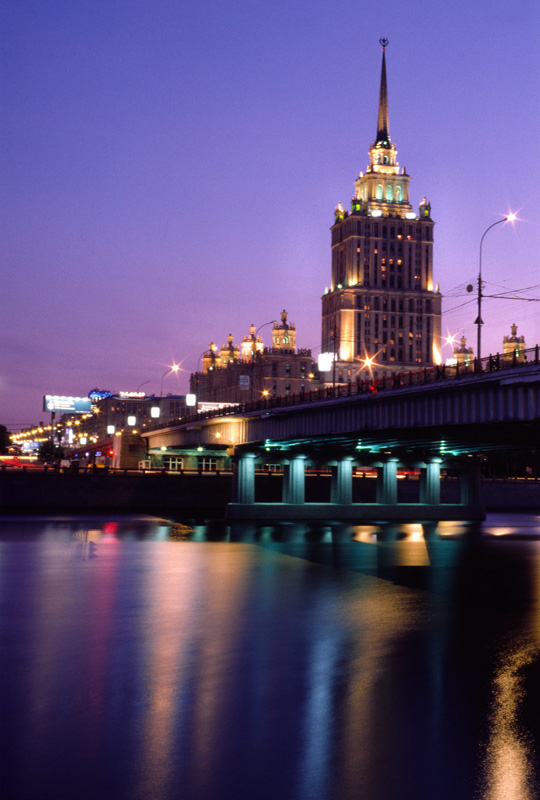 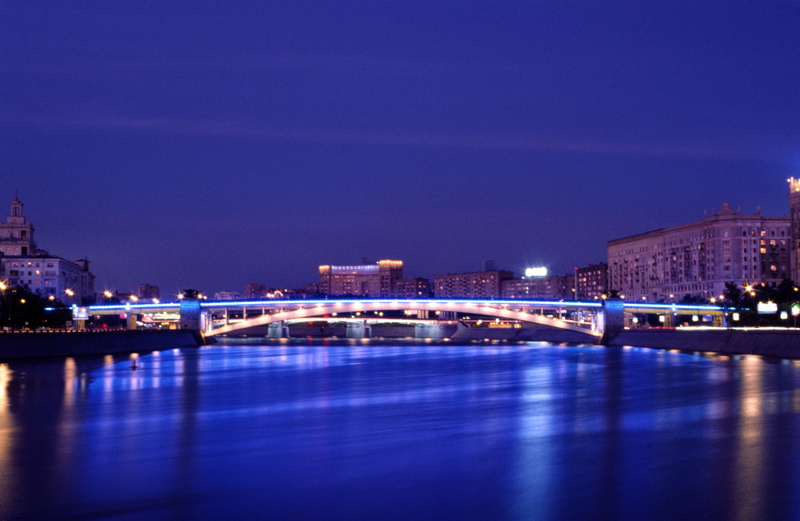 Looking the other way up the Moscow River

We were also incredibly lucky in that on the Saturday we saw two Russian leaders in one day. In the morning we visited Lenin’s mummified body, which looking at him most be more wax than human remains these days, and then in the afternoon, whilst looking around the Kremlin we had the good fortune to see Putin too. He even waved at us! The reason for his appearance was because Paul McCartney had paid him a visit with his then wife Heather Mills. He was set to play in Red Square that night and so it was completely filled with rows and rows of seats, with a huge stage down one end. Not quite what I had in mind I have to say. So we first saw a very orange looking Paul McCartney with very natural looking chestnut brown hair, surrounded by bodyguards. Then a moment later out comes an even larger group of bodyguards with Putin leading the way. Well I never, I thought to myself.

Tomb of the Unknown Soldier to honor the dead of the Great Patriotic War, outside the Kremlin walls, Moscow. 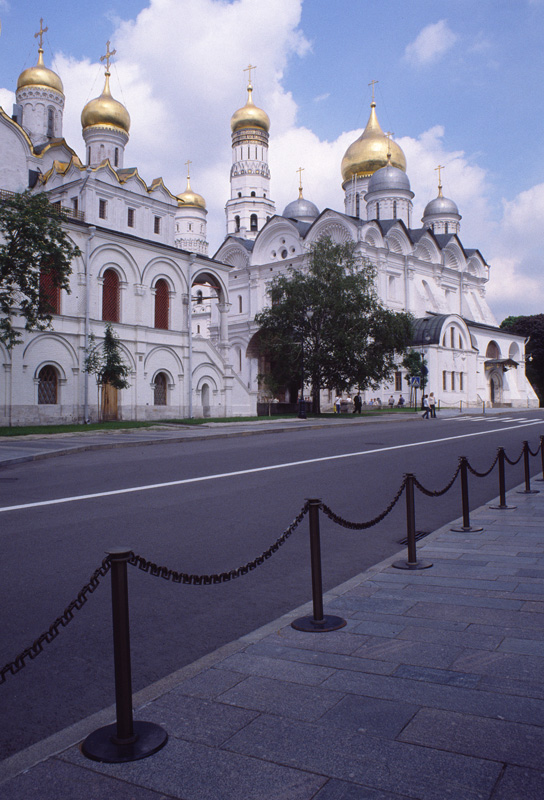 On the Sunday we travelled out, via there amazing tube, to Gorky Park, and paid a visit to Sculptures Park. Here is kept a large number of the statues that were torn down along with the Iron Curtain. 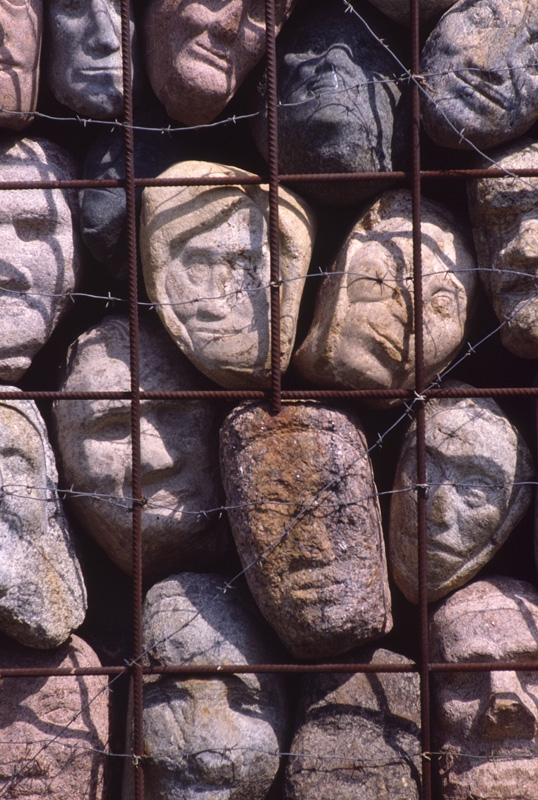 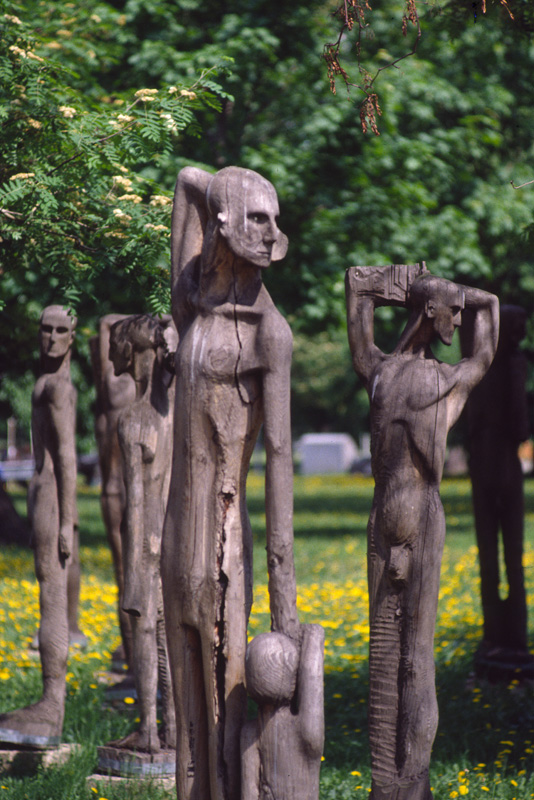 One thing that took us completely by surprise was the heat. They only have 2 seasons, it leaps straight from winter to summer in Moscow, and I was totally unprepared. I didn’t even have a hat, and managed to burn my forehead so badly it actually swelled up. As we got on the plane home I was beginning to resemble the Elephant Man! Before we got on the plane however, we had one last scare. A soldier parading round the terminal inspecting passports. ‘Here we go’ we thought, but thankfully we escaped, with a couple of beads of sweat running down my forehead.

Am I glad I went? Hell yeah. Would I go again? Not on your life!