Oct 06
I love Pembrokeshire, its such a beautiful part of the world, with many photographic opportunities, an abundance of wildlife and not least several standing stones! I’ve got a thing about standing stones, and so it was with this in mind that myself and Grant travelled down for the weekend in his camper van and booked ourselves onto a campsite.

The first morning the sunrise didn’t look that promising, but then things began to improve so we had to race from the wrong side of Fishguard to the Pentre Ifan standing stones.  When we arrived the cloud was covering the sun, but it soon made way for some glorious early morning light. 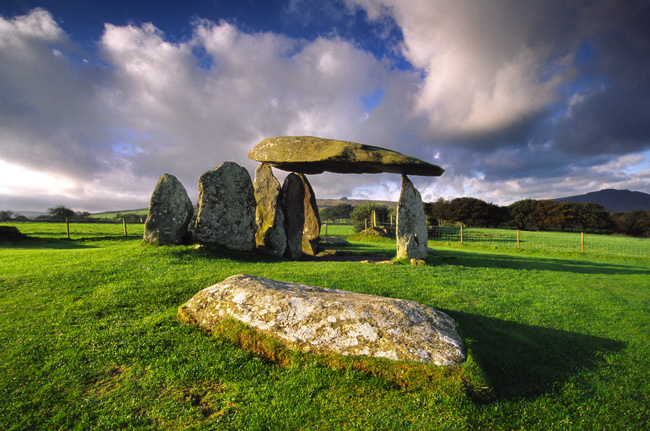 From here we then headed down to St. Davids and booked ourselves onto a boat trip on a very fast and bumpy zodiac around Ramsey Island. Located here are the largest concentration of Atlantic grey seals in the south, and there were quite a few on the beaches, with several coming out to see us. In fact, even before boarding the boat we found a seal pup that had come ashore just to the left of the jetty, so managed to get a few shots up close. The geological make up of the island was also very interesting, not being dissimilar to the Giant’s Causeway in places, and their are a great number of guillemots, razorbills, kttiwakes and fulmars on the cliffs. 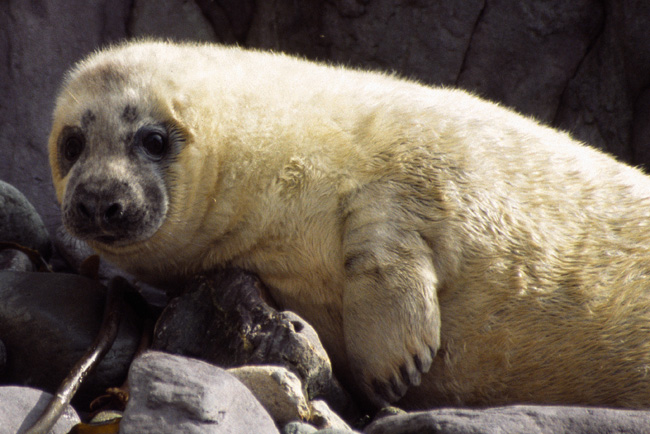 After the boat trip it was back to the camper van for a nice cup of tea and some cheese sandwiches left over from the day before, but still tasted great (thanks Clare!) We took it easy for a couple of hours before heading to Dinas Head for the sunset. 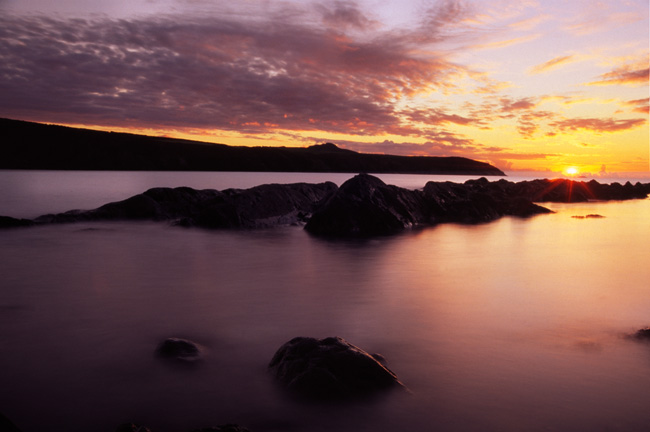 A great end to great day.

June 08
I returned again in 2008, this time with the family. This time we stayed at Trefin on a small caravan park that was conveniently situated between The Carig Sampson standing stones and a stone circle a mile or so in the other direction!

My main aim was to photograph the puffins on Skomer Island, and with the first sign of the sun we headed out to Milford Haven and boarded the boat across. A word of advice to anyone going to Skomer Island – pack plenty of food and drink, there’s none on the island! We learnt the hard way, and after a frustrating walk each carrying a child that was getting heavier, hungrier and more irritable by the second we finally had to throw in the towel. We retreated back to the building that sits in the middle of the island for refuge, and it was only then I realised the puffins were only a 10 or 15 minute walk from here. So another word of advice – if it’s the puffins you want to see just head straight for the building in the middle and turn left. So with tempers strained I managed to negotiate a half hour release in which I hot footed over to the puffins. It was incredible just how close you could get to them, they really didn’t mind your presence. I didn’t want to push my luck with Clare so after 10 minutes I had a few decent shots and left. 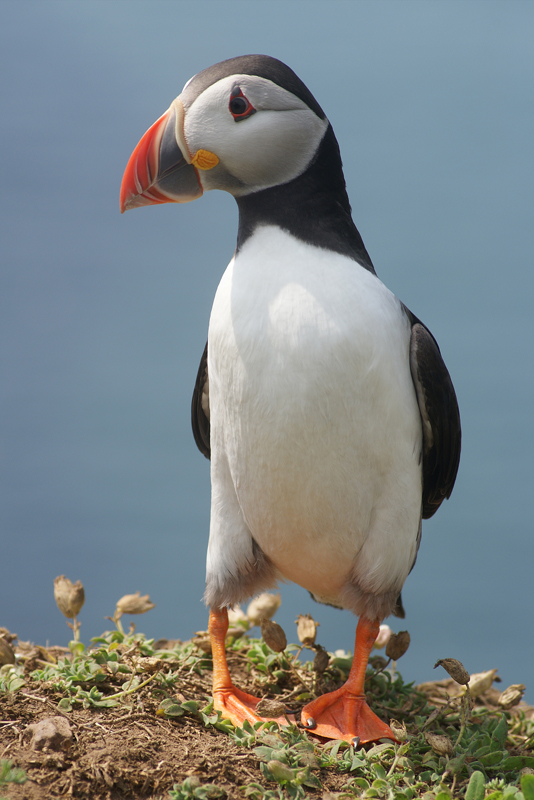 On the way back I noticed a hide, so I went in for a quick look to see gulls collecting mud for their nests. 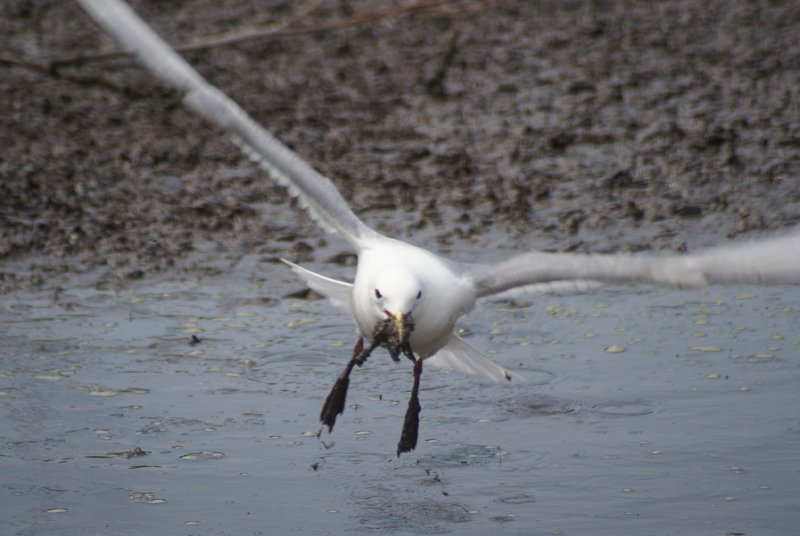 I headed out one evening to get Carig Sampson, but was more than a little nervous of all the cows and bullocks in the field, so bottled it and decided to head for the stone circle. Along the way I stopped and got a nice shot from the top of the cliffs out across the sea. 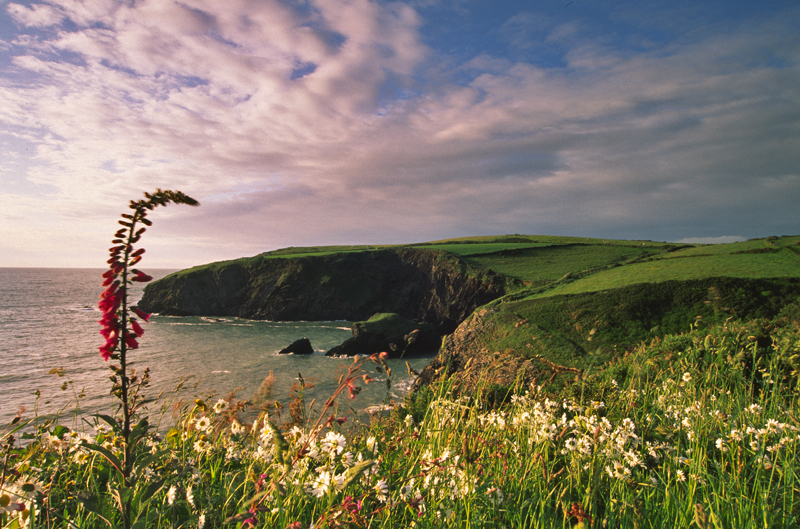 When I then arrived at the stone circle I was quite horrified to find cows in this field too! So I thought dammit, its Carig Sampson I really want, I’m just going to have to overcome my fear and get in that field. Before I did I checked with the farmer first, and she said the cows were ok, and were quite used to people walking through the fields. As soon as I entered they all got up and started to move off. Whilst I was in the middle of it though, they became braver and started to move closer! I began to get distinctly nervous, these were really quite big let me tell you! They then moved further round so they were now between me and my exit with the big ones asembling at the front. I had visions of them chasing me round the stones Benny Hill style. Once I’d got some shots in the bag I tentatively made my way back and was mightily relieved  to throw my leg over the gate and get the hell out of there. My legs were shaking! 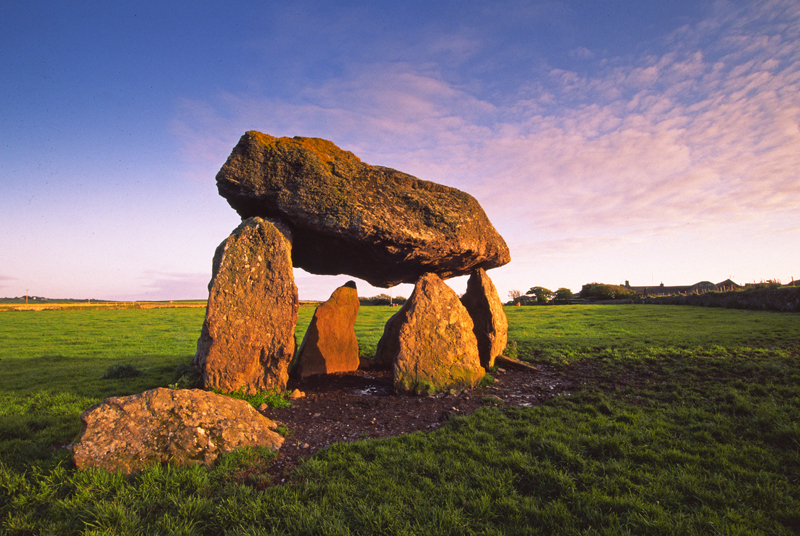 Carig Sampson Standing Stones. The cows are to the left of the shot planning an assault!

I noticed on the way back a lovely little fishing port called Abercastle so returned there the following evening and got a couple of nice sunset shots. 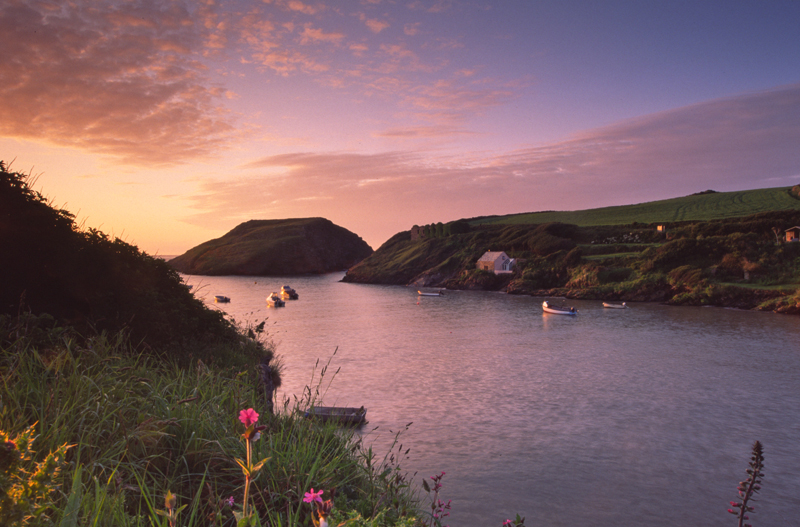