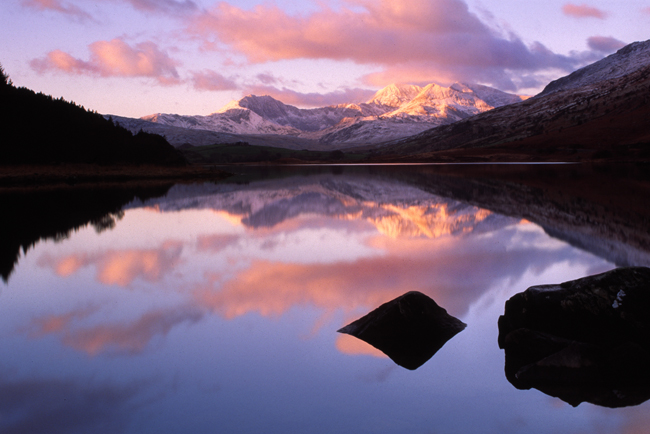 This was one of those magical mornings of photography that you are so very rarely lucky enough to experience. The light was as good as I think I’ve ever photographed in. It hadn’t always looked so promising however. We drove up the day before. I’d suggested to Grant, having seen Joe Cornish’s photographs at Mewslade Bay, that we check it out on the way. Hardly on the way I know, so instead of taking the much faster M40 we found ourselves tootolling up the middle of Wales. It began to snow and before long we were in the midst of a very heavy snow storm. I can honestly say it was the worst conditions I’ve ever had the displeasure to drive in. Visibility was shocking and I was hanging on to the coat tails of the car in front for guidance, although we barely ever exceeded 20mph. On every corner I thought we were going to carry straight on, and in the hills it was particularly hairy. I kept thinking to myself ‘What are we doing?? What a complete waste of time!’,  but by this point we’d reached the point of no return.

Thankfully we made it to our B&B in one piece, and the snow did eventually stop. The following morning we set the alarm for 6 o’clock and were down one end of Llynnau Mymbryr all set up and waiting. It really didn’t look like anything was going to materialise, there was broken cloud, but it was all quite grey. Then as we were chatting we noticed the clouds behind us were starting to turn pink! We rushed back to our cameras, and then had the most amazing couple of hours photographing. For 10 minutes or so initially the whole sky was lit up pink with everything reflected perfectly on a very still lake. 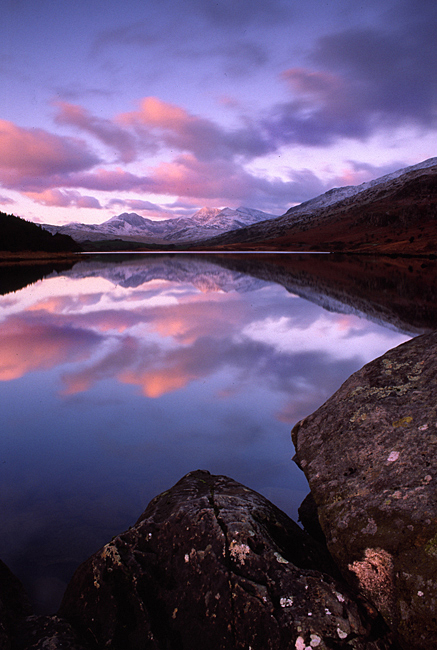 The light continued to change without losing any of its drama, and as the sun rose higher in the sky it lit up all the bracken to the right hand side of the lake. I was shooting Velvia at the time and it captured all the vibrant colours I remembered beautifully. 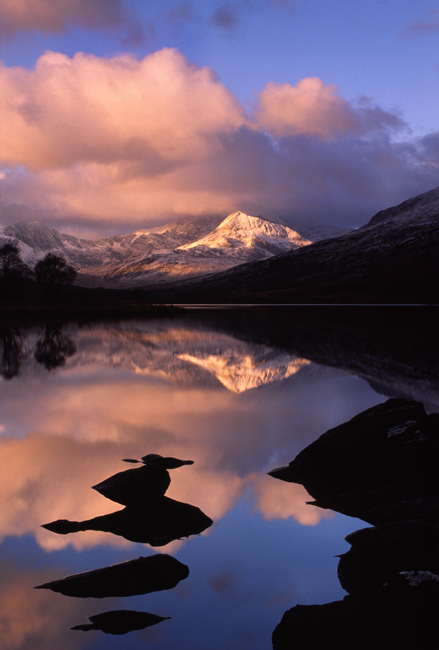 The sun lighting up the horseshoe rather nicely 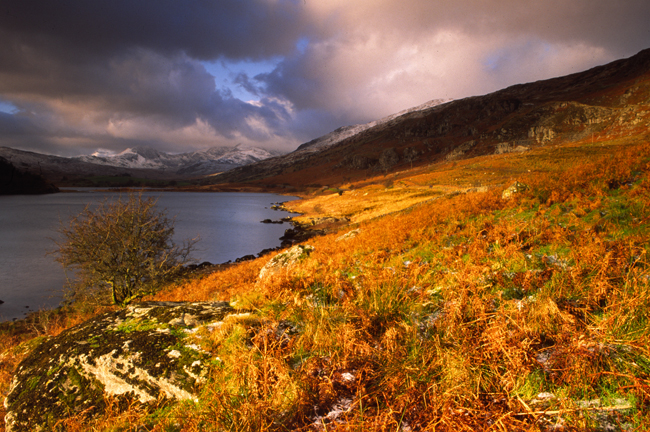 I guess the one thing I took from all this was how sometimes good light follows bad weather. Not always the case of course, but never let it put you off!